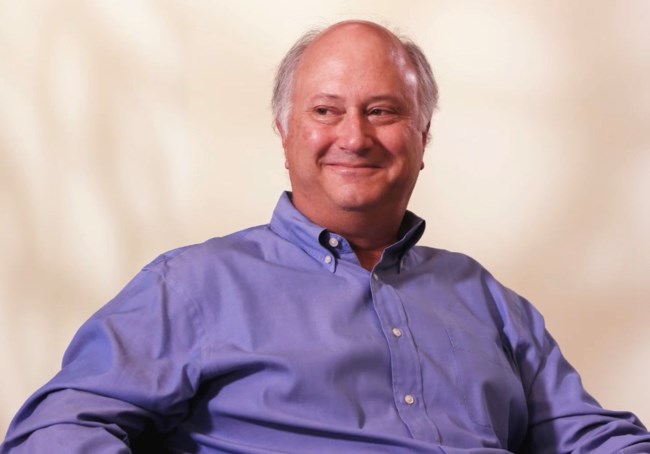 John Williams Palmour, 62, of Cary, NC passed away on November 13, 2022, five years after being diagnosed with lymphoma. He was lovingly surrounded by his wife of 37 years, Nancy; children Chris, Rachel, and Ethan; brother Hayne IV and sister June Trevor. John, known to many as JP, was born in Raleigh on October 14, 1960 to the late Barbara Grace Palmour and Hayne Palmour III. He and his siblings grew up a short walk from the North Carolina State University (NCSU) campus where their father was a professor of Ceramic Engineering. John’s parents instilled in him countless interests that he carried throughout his life, including cooking, sailing, art, craftsmanship, and traveling. As a teenager, John spent formative summers camping and working in Salter Path and Carolina Beach, and many of the friendships made there were lifelong. He graduated in 1978 from Broughton High School, where he was deemed “Most Apathetic Student;” however he did not show up to accept the honor. John eventually found academic passion and drive as a college student. Following in his father’s footsteps, John pursued a career in engineering and earned both a bachelor’s of science and a Ph.D. in Materials Science and Engineering from NCSU. It was there he met Nancy, and shortly after they basked together in the glory of the 1983 NCAA basketball championship title. During his graduate studies, John and his research team devised a way to synthesize a semiconductor called silicon carbide (SiC) in a laboratory. With incredible foresight into the applications of SiC in semiconductors and LED lighting, members of the team decided to commercialize their technology. In July 1987, John and cofounders Neal Hunter, Thomas Coleman, John Edmond, Calvin Carter and Eric Hunter launched Cree. Cree quickly became one the most prominent companies in the Triangle and a pioneer of the transition from silicon to SiC. From the start, John championed the adoption of SiC particularly in power and radio frequency (RF) devices. After the sales of its lighting products and LED businesses, Cree began to focus solely on the power and RF business and adopted the name Wolfspeed. The company now employs nearly 4,500 people worldwide. John authored 386 scientific publications and held over 142 worldwide patents. His immense impact has received widespread recognition – John was inducted into the National Academy of Engineering just a few weeks before his passing. He has also been named a distinguished alumnus of NC State and was inducted into the University’s Materials Science and Engineering Hall of Fame. Despite all of his accolades, John was unfailingly humble. His team and employees, or his “pack,” were family and remember John’s kindness, humor and interest in anyone he spoke to. He was also revered for his eloquence and often inventive vocabulary when detailing frustrations with competitors, his cell phone, and his laptop. John was dearly admired by his friends and relatives as a scientific visionary, but was known first and foremost as a family man and the life of the party. He never lost his youthful sense of adventure and mischief, and even in his final months John was surfing, golfing, scuba diving, traveling abroad with his family, and enjoying a beer or two. In remembrance of John’s life, the family asks that any charitable donations be made to NCSU at the following link: https://go.ncsu.edu/johnpalmour. A celebration of life will be held on January 22, 2023, from 4pm – 7pm at Reynolds Coliseum, more details to follow. As we prepare for the celebration, please email us your memories, stories, photos, and videos of good times with John at JPMemories@wolfspeed.com. Service arrangements by Brown-Wynne Funeral Home, 300 Saint Mary's St., Raleigh, NC.
See more See Less

In Memory Of John Williams Palmour