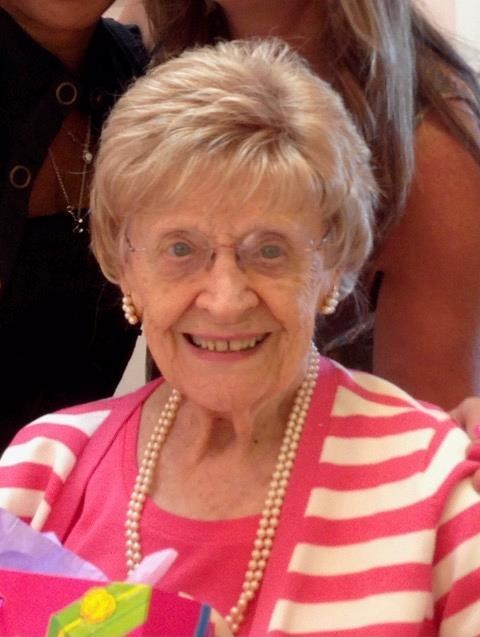 Mary Louise Gordon Gatton died at the age of 104 on May 10, 2022. She was the daughter of the late Reverend George Gerald Gordon (nee Gogolyak) and Agnes Pistyak (formerly Gogolyak) Gordon. Mary’s missionary father immigrated to the United States from his native Hungary to establish his position in the Baptist Church and then sent for his Hungarian wife and five children, four sons and a baby daughter, to join him. Baby Agnes died soon after the family arrived in the USA. Another daughter and two sons were born to the family before Mary’s birth in Scranton, PA on July 30, 1917. Mary’s younger sister, Bette, completed the family in 1924. Mary’s parents and brothers who had immigrated from Hungary became naturalized citizens in 1919 and later changed their last name to “Gordon.” Mary took immense pride in being a first generation American but never lost pride in her Hungarian roots. She relished visits to family in Hungary, Austria, and Serbia even at times when some were living behind the Iron Curtain. Due to her fluency in Hungarian, she maintained a lifelong correspondence with relatives in Hungary. In her youth, she lived in Pennsylvania, Ohio, and Michigan during her father’s ministry in the Baptist Church. Her education included attending Detroit Central High School and Detroit Business University, where she received a Bachelor of Commercial Science degree, as well as certification as a court reporter. Mary began her career in 1937 when she was 20. Mary met the love of her life, T. Harry Gatton, while visiting a friend in North Carolina. They married on September 12, 1942, in Detroit, MI. They made their home in North Carolina until 1950 when they moved to Washington, D.C. Mary worked on Capitol Hill in Washington, DC from 1950-1960 as personal secretary to Senator Thomas Kuchel of California, Senator A. Willis Robertson of Virginia, Senator Willis Smith of North Carolina, and Senator Alton Lennon of North Carolina. She also clerked on the Senate Appropriations Committee. She was offered the position of personal secretary to President-elect John F. Kennedy but declined the opportunity to return to North Carolina with her husband Harry. Upon her return to North Carolina in 1960, she worked 14 years in the NC Senate. At the age of 59, she fulfilled a dream and returned to college eventually earning a BA in English from NC State University. Mary’s interests included reading, ballroom dancing, photography, and needlework. She was an active member of Hayes Barton United Methodist Church in Raleigh and served on the Presidential Advisory Board of Campbell University. She was predeceased by her beloved husband of 59 years, T. Harry Gatton; nine of her siblings: John, Steven, Joseph, Frank, Agnes, Helen, Bill, Art, and Bette and their spouses. In addition, she was predeceased by her four brothers-in-law, James, Clarence, and Frank Gatton and Clyde Gilmore, Jr. as well as her sister-in-law, Marie Gatton Myers, and all their spouses. She was especially close to Frank’s wife, Joanne Wilson Gatton of Raleigh, who died in August 2021. Her last remaining sister-in-law, Clarence’s wife, Donna Smith Koerbel Gatton of Annandale, VA, died January 2022. Mary is survived by many nieces and nephews living around the country, as well as many relatives still living in Hungary, Austria, and Serbia. She also is survived by her goddaughter, Diana Hanson Hunt. The family would like to extend its appreciation to Mary’s care provider Phillida Boye. Her gentle and loving care improved the quality of life for Mary’s last years of life through her singing, dancing, touch, and loving care. A memorial service will be held on Thursday, May 26th at 2:00 pm at Hayes Barton United Methodist Church. In lieu of flowers, memorial contributions may be made to Hayes Barton United Methodist Church, 2209 Fairview Rd., Raleigh, NC 27608, or to a charity of choice. Arrangements will be managed by Brown-Wynne Funeral Home, 300 St. Mary’s Street, Raleigh, NC 27605.
See more See Less

In Memory Of Mary Gordon Gatton

The family will receive friends following the service in the church fellowship hall.