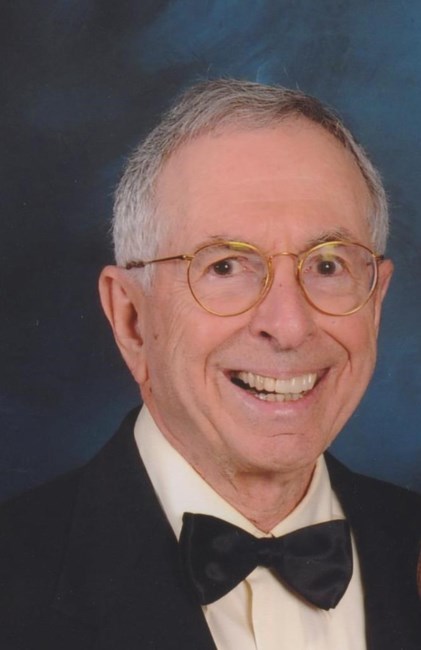 Norbert Nevid, 81, of Raleigh passed away Wednesday May 27, 2015 at Pruitt healthcare in Durham. He was born January 8, 1934 in Rochester, NY a son of the late Manuel and Bessie (Katzowitz) Nevid. Norbert attended University of WI-Madison receiving a Masters in Accounting and CPA, and also attended Duke University and North Carolina State receiving a Master in Liberal Arts from both colleges. Norbert played tuba in the UW-Madison marching band and performed in the Rose Bowl. He worked as a Vice President of MGIC in Milwaukee, an Independent Consultant in New York City and Vice President of GE where after retirement he continued to work as a consultant for many years. Norbert was very modest but he was a financial analysis expert. He was a swimming official volunteering at the National level. He had many different interests throughout his life such as Israeli dancing, traveling, walking, yoga and family vacations. Throughout his retirement he enjoyed walking in the mall with friends and lunch at Gonza’s every Wednesday with his friend, Mike. He will be missed by his golden retrievers Lucky and Toffee and his 2 Siamese cats, George and Thaila. Norbert married Barbara Landgraf and together raised their three children in Madison and Wauwatosa, Wisconsin. Norbert is survived by his children Nathaniel Nevid wife Anne Albanese of Palm Beach Gardens, Nancy Kryka and husband James of Sarasota, FL and Nicholas Nevid of Austin, TX and grandchildren: Jeffrey Kryka and husband Eros Zhao of Tujunga, CA, and Amy Taplin and husband Vince Taplin of Rochester, MN, his companion Andree Allen of Raleigh, and her daughter Sonia Dekker and husband David and her granddaughter Robin Johnson of Newport News, VA. and his brother Maynard Nevid and wife Barbara Nevid of DeWitt, NY and his sons Steven Nevid and wife Pamela Weinberg, and Eric Nevid and wife Eva. A graveside service will be held 11 am Friday May 29, 2015 at Raleigh Hebrew Cemetery, 450 N State St. Raleigh, NC 27605 Arrangements are under the care of Brown-Wynne Funeral Home 300 Saint Mary’s St. Raleigh, NC 27605
See more See Less

In Memory Of Norbert Nevid