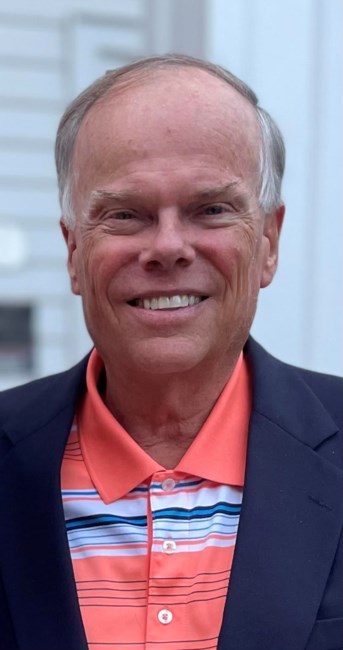 With his children at his bedside, Roy Edwin Fuller III (Ed) passed away Monday, Sept. 12 at St. Mary’s Hospital in Richmond. A resident of The Colonies at Wilde Lake in Henrico, Virginia, Ed was 71. He was born July 17, 1951 in Raleigh’s Rex Hospital. Ed was the oldest of two children and son of Roy Edwin Fuller Jr. and Katherine Winfield Fuller. Ed is survived by his mother Katherine (Kitty) Winfield Fuller; his son, Roy Edwin Fuller IV, daughter Katie Fuller Dohrman and husband Kent, of Richmond, VA; sister Katherine Fuller Stokes and husband Lee, niece Laura Stokes Turner and husband Chris of Charleston, S.C.; Ed has two grandchildren, Quinn and Liv, who he adored. Growing up in Norfolk, VA, Ed was a member at Talbot Park Baptist Church and attended Granby High School where he played clarinet in the band. Due to his proximity to the water, he spent many hours on the Lafayette River boating, fishing, and water skiing. He also played rec league baseball. In 1969, Ed entered North Carolina State University to study Business and graduated as a member of Delta Sigma Phi social fraternity. A diehard Wolfpack fan, he would often recount fond memories of the 1973-74 men’s basketball national championship as well as Jim Valvano and the 1983 team. He continued to follow the Wolfpack throughout his life and lived by the mantra “anybody but Carolina.” After college, following in his father’s footsteps, Ed joined the North Carolina Equipment company in Raleigh, NC where he sold heavy construction equipment. He moved to Myrtle Beach to cover a different territory and spent his free time flying after earning his private pilot’s license. Once he left the construction business, he moved to Richmond, VA to pursue a career as a financial analyst for VEPCO, now Dominion Energy, where he worked until retirement. Ed’s greatest passion was golf. He loved all things golf including traveling to watch PGA events, like the Masters at Augusta National, buying, selling, and trading golf clubs, visiting the Bogey’s driving range to practice, and of course playing the game with his family and friends. Ed consistently shot in the 70s and 80s and achieved a hole in one at Oak Hill Golf Course on Sept. 2, 1992. Ed retired in March of 2018. He spent his days taking care of his house and yard, playing golf, eating Joey’s hotdogs and drinking Pepsi, and spending time with his children and grandchildren as well as his family in Charleston. Forever selfless, Ed never missed a birthday, graduation, sporting event, recital, or opportunity to help others, whether he knew them or not, and would show up at the drop of a hat with his blue Ford truck if there was a need for a mover. A beloved father, grandfather, uncle, brother, and friend, Ed will be greatly missed by all who knew him. A celebration of life service will be held at 11 am Saturday, September 17, 2022 at Brown-Wynne Funeral Home, 300 St. Mary’s Street, Raleigh, NC. The family will receive visitors beginning at 10 am. Burial will follow at Montlawn Memorial Park. In lieu of flowers, contributions can be made to PGA Reach whose mission is to positively impact the lives of youth, military, and diverse populations by enabling access to the game of golf. Please donate via their website which can be found at https://www.pgareach.org/donate.
See more See Less