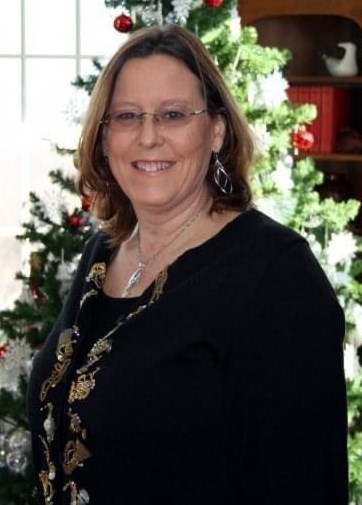 Sheila Lynn Patterson, 63, of Raleigh, NC, passed away on Thursday, March 18, 2021 after a year and half battle against cancer. Sheila was born in 1957 in Detroit, Michigan to Patricia Smith Patterson and the late Howard Fenno Patterson. Beloved granddaughter to the late D. Wayne and Hazel P. Smith, cherished niece of the late Dorothy Smith White, she is survived by her mother, Patricia Smith Richardson and step father Edward “Ted” Richardson, her sister and brother-in-law Sheryl and Michael French, her step sister and brother-in-law Anne and Carter Van Waes, her step brother and sister-in-law Scott Richardson and Beth Howe, and her nieces and nephews Matthew, Greg, and Dominik French; Erik, Harrison, Bethany, and Sarah Van Waes; and Andrew, Kate, and Emily Richardson. Sheila’s extended family included many cousins, especially Sue White Rudnicke and Steve White, with whom she shared much of her childhood, second cousins, and close friends with whom she shared her love, especially Caroline Edmunds Glover and Mac Edmonds, who Sheila embraced as their “adoptive” mother and grandmother to their children. Sheila’s friends and family will always remember her love, kindness, support, and generosity, as well as her ability to be “in the moment” whenever they were with her. Sheila was gifted in many ways. An accomplished musician, Sheila mastered both clarinet and piano, performing in the University of Michigan Wind Ensemble and the Howard Patterson Band in high school and college. She continued to play piano throughout her life for personal enjoyment. Graduating as Valedictorian from Dearborn High School in 1976, Sheila went on to graduate as a Medical Doctor in 1982 from the University of Michigan Medical School Inteflex, or Integrated Premedical-Medical Program. Following graduation she obtained her board certification in Emergency Medicine, working in emergency rooms in Iowa, Michigan, Oregon, and ultimately heading the Emergency Department at Camp Lejeune, USMC, in Jacksonville, NC. Sheila transitioned from ER to private practice after undertaking and completing the arduous studies required to obtain the additional board certification in Bariatric Medicine, opening a single physician medical practice providing non-surgical bariatric care in Raleigh, NC. Through Sheila’s medical practice she touched thousands of lives, doing what was most important to her, helping people. Sheila enjoyed many things in life. Near the top of the list was the ocean, whether it was the beach in North Carolina where she lived many years, sailing on her sailboat, the Emerald Tide, on the Atlantic coast and eastern Caribbean, or diving as a PADI certified diver, the water brought Sheila peace. She was an accomplished amateur tennis player, active in tennis groups in both Stella and Raleigh, NC over the years. Sheila found relaxation not only through water and music, but also the practice of yoga, gardening, and hiking outdoors. But her greatest love were her pets, or “fur babies”, Carly, her first dog-love and Simon, who both predeceased her, her black lab Sassafras and her cats Chloe and Lexi, as well as those that have already crossed the rainbow bridge, most recently Mozart. A memorial service will be held on April 10, 2021 at 1:00pm at the First Evangelical Presbyterian Church in Roanoke, 2101 South Jefferson St. Roanoke, VA 24014, officiated by Sheila’s long-time Christian counselor and spiritual advisor, Reverend Robert “Pastor Bob” Smith. Friends and family are invited to come celebrate Sheila’s life. Sheila’s ashes will be interred in a family plot at the Fairview Cemetery in Roanoke, VA. Services provided by Brown-Wynne, Saint Mary's Street, Raleigh
See more See Less