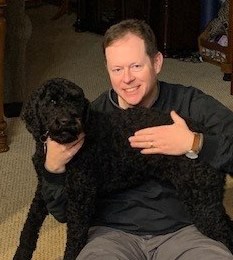 Carl L. Crawford, 51 of Brimfield passed peacefully into the loving arms of Jesus on Saturday, July 30, 2022. Born in Dover, Ohio on February 17, 1971, he was the son of Carl and Doris Fisher Crawford of Freeport, Ohio both of whom survive him. Carl grew up on the family farm in Freeport and was a resident of Brimfield since 1999. Carl is survived by his wife of twenty-three years Jill Ackerman Crawford and his son Joseph Carl Crawford, both of Brimfield; sister Sally (John) Spencer of Boyce, VA; brothers William Crawford and Thomas Crawford, both of Lexington, SC; brother-in-law Scott (Rhonda) Ackerman of Jefferson, GA; and sister-in-law Alicia Hall of Ravenna. He was affectionately known as Uncle Carl to nieces Anna, Jessica, and Jaymie and nephews Jeremy, Austin, Andrew, Kyle, and Brendan. He was embraced in his heavenly home by his father-in-law and mother-in-law David and Linda Ackerman, his grandparents, and many other family members. Carl attended the University of Dayton where he graduated with honors with a degree in accounting. He was employed by Aptiv (formerly Delphi and Packard Electric, a division of General Motors) for the past twenty-nine years. He was a member of the United Methodist Church of Kent, serving on several committees over the years. Well known for his sense of humor, Carl enjoyed making others laugh. Carl was passionate about his love for this great country and his belief that even one voice could make a difference. He was actively involved in local political organizations to assist with internal financial responsibilities as well as advocate for change and betterment. But his greatest honor in life was being a father to Joseph to whom he loved very much. Carl was very proud of his son and the wonderful young man he is becoming. One of Carl’s greatest joys was watching Joseph participate in sports; in youth sports, one could find Carl continuously volunteering his time to help the players and coaches. He rarely missed a game or meet and if he did, it was only because his battle against cancer limited his ability to attend. The family would like to extend their gratitude to Cleveland Clinic’s Taussig Cancer Center caregivers and specifically Carl’s oncology team of Dr. Christy Samaras, Beth Faiman, Mallory Harder and Mary Ann Karam. Carl’s strength and faith allowed him to courageously fight cancer for thirteen months, and this exceptional group of medical professionals were with him and Jill on this journey providing support and care at every step. Pursuant to Carl’s wishes, cremation has taken place and a private burial will follow. A Celebration of Carl’s Life is being planned for later in August. Carl was honored to have many wonderful friends in law enforcement who became family to him. In lieu of flowers, memorial donations can be made to Blue Line Unlimited, PO Box 595, Burton OH 44021 or online at bluelineunlimited.funraise.org Fond memories and expressions of sympathy may be shared at www.wood-kortright-borkoski.com.
See more See Less

In Memory Of Carl L. Crawford