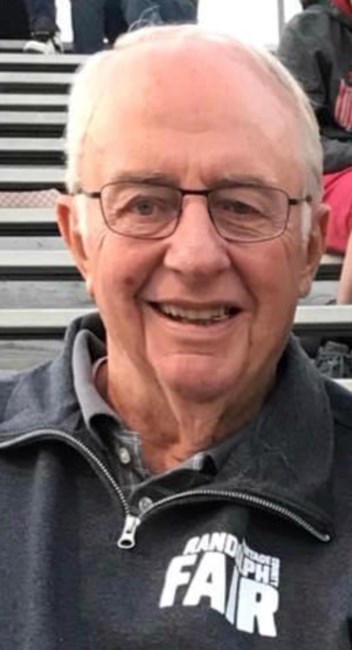 Randolph’s Greatest Trucker, “Tall Paul”, went to heaven on Saturday. Paul Clem Adelman, born in Randolph, Ohio on August 12, 1935, passed peacefully at home on January 15, 2022. He was one of five children born to Clem and Leona Adelman. He is survived by sisters Delores Spellman and Margie Murdock. Predeceased by brother Clem (Sonny) Adelman and sister Joann Oblinger. Paul graduated from Randolph High School in 1953 and was a lifelong member of St Joseph Parish. It was also in Randolph that he met his future wife, Janice Wallbrown. Paul and Janice were married in Randolph on May 26, 1956. They raised five children; Becky (deceased) Adelman , Mike (Mary) Adelman, Steve (Debbie) Adelman, Bonnie (Dan) Schuck, and Fred (Tracy) Adelman. They have 13 grandchildren; Jeffrey Adelman (Katie), Joey Adelman (Emily), Klinton McBroom (Chelsee), Julie Redd (Jason),Klay McBroom, Stevie Jo Turner (Drew), Zach Adelman (Marisa), Brady Adelman, Maggie Adelman, Camille Adelman, Becky Adelman, Max Adelman, and Jack Adelman. They have 7 great grandchildren; Everley, Greyson, Carolina McBroom, Boyd Thomas Turner, Beckett McBroom, Elliot Redd and BABY Adelman. Their 65 years of marriage gave them many memories. They enjoyed traveling and dining out with friends, attending all of their children and grandchildren’s events, and family gatherings. Paul provided for his family by driving truck. He began his trucking career by running a milk route for local farmers. His love for trucking and his hometown inspired him to start his own company, Paul Adelman Trucking in 1965, which is still owned by his sons Steve and Freddy. One of the last things his dementia took from him was his memory of driving a truck. His three sons and all of his grandsons have continued his legacy at “the garage” of hard work, clean vehicles, and giving back to the community. When Paul was no longer able to drive his vehicles, he could still be found driving his gator. As a lifelong resident of Randolph, he would drive it wherever he wanted, whether around town, around his yard picking up sticks, or down to the garage to check in on things. He may be a small part of Randolph, but he was the biggest part of our family and he will be greatly missed. In keeping with Paul’s generosity to the community, should you desire contributions can be made to the Randolph Food Shelf, Randolph Fair, or Randolph Fire Department. Calling hours will be held on Friday, January 28th, from 2pm to 4pm at St. Joseph church in Randolph, where Mass of Christian Burial, officiated by Rev. Tom Dyer, will be held at 4pm. A celebration of his life will at the K of C Hall will immediately follow Mass. It is suggested that those attending wear something red. What other color is there!!! Fond memories and expressions of sympathy may be shared at www.wood-kortright-borkoski.com.
See more See Less

In Memory Of Paul Clem Adelman