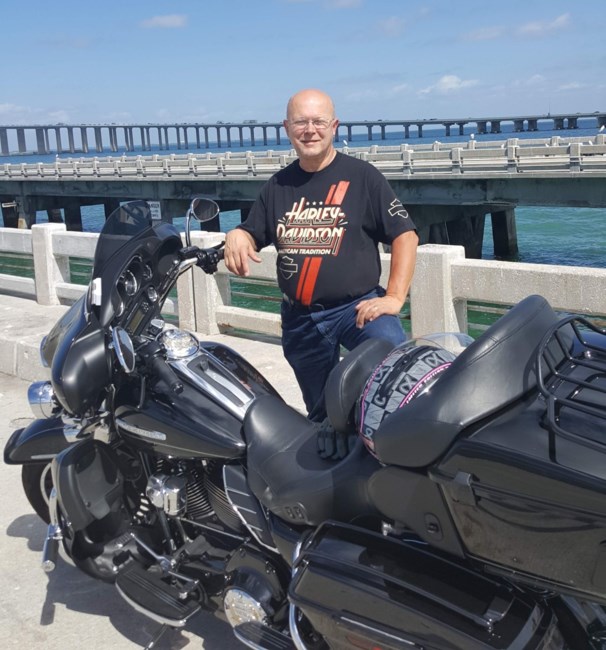 Roger F. Klodt, age 68 and a lifelong resident of Randolph, passed away December 11, 2021. Roger was born April 24, 1953, in Akron, Ohio, to parents James E. and Mary H. (Saal) Klodt. He graduated from Waterloo High School in 1971. Roger worked at Wise Chevrolet (and Sarchione Chevrolet) for 53 years before retiring. His career at Wise Chevy began at the age of 10, washing cars and sweeping floors and he was promoted to Parts Manager when he was 19 years old. He humbly called himself “Mr. Memory” because he knew all of the parts numbers off of the top of his head, and he had a knack for making the staff and customers laugh with his famous Rogerisms and humorous stories. Roger was tremendously proud of his Randolph community and was always lending a hand to help his family, neighbors and friends. He often said that all roads lead to Randolph because it’s the Center of the World. He truly made a positive difference in the lives of everyone he knew. Roger was elected Township Trustee from 2006 – 2020 and was currently still serving the community as a trustee at the time of his death. He was also a dedicated member of the Randolph Fire Department and loved serving alongside the many men and women that faithfully took care of the residents of Randolph. Roger also enjoyed his Harley Davidson, often traveling across the country – sometimes riding 1,000 miles to get a sandwich or meal at a famous restaurant. Most of all, he loved being with his family, especially his grandchildren. His grandsons knew him as Buster, and will always have many fond memories of the adventures he took them on and the life lessons that he taught them. Roger is survived by his beloved wife Lynda (Kirkpatrick) Klodt, whom he married May 23, 1975. Also surviving are his children; Kerry Trent and James Klodt, his grandchildren; Jared Trent, A.J. Trent, Frankie Klodt, and Brody Klodt, as well as his siblings; SND Barbara Klodt, Mary E. Buchanan, Michael (Karen) Klodt, and Larry (Kerry) Klodt, brother-in-law Tom Pfile, along with many loving nieces and nephews. Roger was preceded in death by his parents, and his sister Christine Pfile. His wishes for cremation are being honored and a Celebration of Life Service will be held in the Spring/Summer. Condolences and memories may be shared at www.wood-kortright-borkoski.com.
See more See Less

In Memory Of Roger F. Klodt