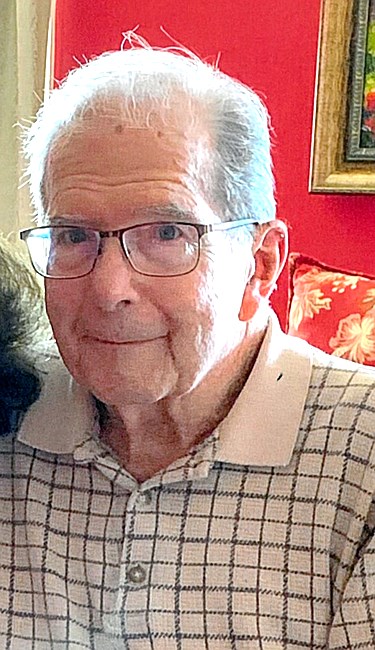 Lance Dennis Charnoff, 84, of Wyomissing, entered eternal rest on Wednesday, September 14, 2022. Born March 23, 1938 in West Reading, he was a son to the late Paul & Helen (Bauer) Klinger. Lance was a graduate of Reading High School, class of 1956. He worked as a print shop supervisor with Reick's Printing & later at West Lawn Printing, until his retirement in 2007. After retirement, Lance worked part-time for LYNX Computer Technologies. Lance was well known for his love of yard work & for the meticulous maintenance of his lawn. When not tending to landscaping duties, he was an avid Penn State Football & Phillies fan. Additional interests included traveling with his loving wife Patricia, crossword puzzles & bowling. Lance was a member of Travelers Protective Association & a regular blood donor to the Miller-Keystone Blood Center. Lance lived with much to be proud of, but he regarded his greatest accomplishment as being a family man. His family, especially his grandchildren (who affectionately called him "Pops") were the main source of his joy. Lance & his wife made being present & supportive of their beautiful family their top priority. He was proudest when attending his grandchildren’s sports or extra-curricular events, happiest when food was involved, and most content when eating chips, cookies & candy. Lance will be fondly remembered by his family & friends as a mild-mannered gentleman, who had incredibly sharp wit & a keen, but dry, sense of humor that endeared others to him. He will be sorely missed by all blessed enough to have known him. Lance's spirit will be carried on by his beloved wife of 61 years, Patricia Ann (Harakal) Charnoff; his 2 sons Scott Charnoff & wife Betsy, of Mohnton, Jeffrey Charnoff & fiancé Paulene, of Wernersville; 3 grandchildren Collin Charnoff, Evan Charnoff & fiancé Amber Williams & Alyssa Gibbel & husband Drew. He also leaves behind his brother Barry Klinger & wife Ann, sister Bonnie Benton & husband Jim & 1/2 sister Diane Fidler & husband Irv. In addition to his parents, Lance was greeted in heaven by his brother Paul "Skip" Klinger & his cherished cats Smokee & Rascal. A viewing for Lance will be held Thursday, September 22, 2022 from 11:30 AM to 1:30 PM at Auman's Inc., 390 W. Neversink Rd., Reiffton, followed by a prayer service promptly commencing at 1:30 PM. In lieu of flowers, contributions in Lance's memory may be made to Animal Rescue League of Berks County, 58 Kennel Rd., Birdsboro, PA 19508. Fond memories & expressions of sympathy may be shared at www.aumansinc.com for the Charnoff family.
See more See Less

In Memory Of Lance Dennis Charnoff