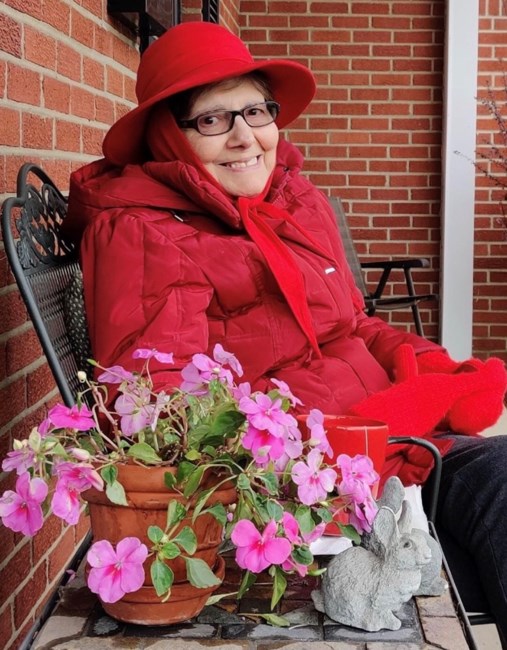 Mary Poulos passed away on November 27, 2022 at the age of 92. She was born on September 12, 1930 in Windsor, Ontario to William Katina Lukos. Mary graduated from Kennedy Collegiate in Windsor receiving Senior Matriculation in 1949. On August 27, 1950, she married Anthony Poulos of Detroit and moved to Michigan. Mary and Tony were married for 65 years, during which they had three children: Kathy, Jacki and Bill. They raised their family in Livonia, enjoying yearly vacations to Saugatuck, sailing, and attending cultural events. During the last 10 years of their marriage, Mary cared for Tony as he suffered from Parkinson's. Mary was an accomplished pianist, seamstress, knitter and a dedicated daughter, mother, and wife. To know her was to love her. She was always positive, fun and had such an infectious laugh. Mary adored her children and grandchildren. Her face would light up when she saw them and she loved spending time with them. Mary's first job, for 10 years, was billing, transcribing and handling patient problems in a high volume Chiropractic Office. After that, she worked as a group leader interviewing, training and supervising new employees and updating policies in the Cardiology Department at Sinai-Grace Hospital in Detroit. She was very dedicated and loved by her coworkers, technicians and physicians, making long term friends. She retired at age 70. Mary is predeceased by her parents, brother George and husband Tony. She is survived by her children, Kathy (John) Collop, Jacki (Jim) Fox, and Bill (Janet) Poulos, and her grandchildren, Brett, Brandon, Jack, Stephen, Peter, Julia, Jackson, and McKenna. A celebration of Mary's life will be held at a later date in the spring/summer. A private inurnment will take place at Great lakes National Cemetery in Holly, Michigan.
See more See Less

In Memory Of Mary Poulos