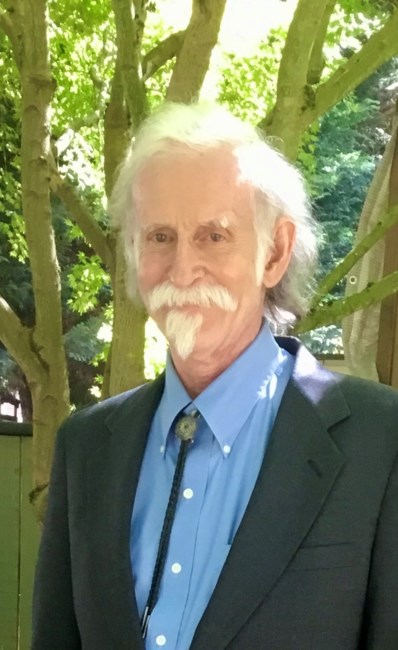 James Earl Jennings passed away as the sun set on July 29, 2022. Jim was born in Summit, NJ on October 31, 1950 and Halloween became a big occasion in his life. He was the middle child in a family of five children born to Doris and Rudyard Jennings. Jim grew up on acreage in Short Hills, NJ where he was free to roam and explore and once found a Revolutionary War bayonet. Summer weeks were often spent camping at family property along the Delaware River where Jim developed a lifelong love of camping and the outdoors. He attended schools in Millburn Township and became interested in science and coin collecting as a schoolboy. He graduated with a degree in Fine Arts, from the Philadelphia College of Art. Jim was creative and loved design, and began his career as a graphic illustrator. Following college, Jim and two good friends from high school set off on a motorcycle trip of a lifetime riding cross-country from New Jersey to California and back. Jim liked California and bought a house in the hills above Santa Barbara. In Santa Barbara, Jim met Hope Erwin and they were married on June 22, 1977. There, they welcomed their daughter, Jennifer. Jim moved his family to Frenchtown, Montana in 1981 near relatives. His maternal great-grandparents had settled in nearby Missoula, MT in the 1880's after a long trip via wagon train from French Canada. In 1985 Jim moved his family to Redmond, Washington where he lived for 37 years. He continued his work in graphic design, took his family on many camping trips exploring the pacific northwest, loved his Harley, and always enjoyed time with extended family and friends. Jim faced many challenges in life due to a motorcycle accident when he was 16, yet he always approached life and work with a positive attitude without excuses or complaints. His great loves were his wife, Hope, and his daughter, Jennifer, grandchildren and Jesus. Jim was a devoted church member and committed to his relationship with Jesus. Jim leaves behind his wife Hope, married for 45 years; his daughter Jennifer (husband Greer) and two grandchildren, Ava and Beau Ingersoll. Surviving siblings are Joanne J. Boulanger of Camano Island, WA., Jon R. Jennings of Boulder, CO., Judy J. Walsh (husband Charles) of Great Falls, MT., and Jeffrey C. Jennings (wife Colleen) of Mesquite, NV. Also surviving are nieces, nephews, great-nieces and nephews and cousins. Service to commemorate Jim’s life will take place August 11th, at 1:30P, at Timberlake Church, 4505 236th Ave NE, Redmond WA. 98053
See more See Less

In Memory Of James Earl Jennings