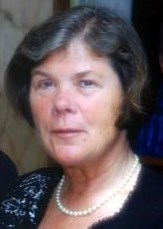 Barbara Janina Strutynska, beloved wife, mother and babcia, passed away at the age of 85 in her home with her family by her side. Barbara was born in Lwow, Poland to Adam and Janina Obminski. She spent her early childhood in a Siberian work camp during WWII with her mother and a couple of other family members. It was there that she learned to survive and entertain herself to take her mind off of the horrendous elements and persecution. After liberated, she returned to Poland and settled in Silesia where she studied hard both as a teen and later graduated from the University of Gliwice where she earned her MS in civil engineering—and where she met her future husband Marian. After graduating, she worked for some time as an industrial waste engineer in Poland, responsible for several steel mills and mines. She married Marian, first by proxy and then came to Seattle in 1961, to join him, who had arrived a year earlier. At the time, she was one of only a few women in this country to hold a master’s degree in engineering. She got a job at Metro’s Renton Sewage Treatment Plan as a senior process analyst and worked there 37 years until her retirement She and her husband were very active members in the Seattle Polish community and her energy and enthusiasm, especially her love of the performing arts, greatly enriched the region’s Polish community. She founded and guided multiple performance groups of young ethnic folk dancers and theater performers at the Polish Home in Seattle which spanned over 50 years. She created and directed other cultural initiatives for the older generations including evenings of satire and literature readings and a cabaret group that combined musical numbers and social commentary. She hosted hundreds of artists from Poland and around the globe to perform and entertain. For these efforts she was awarded the Gold Officer’s Cross from the President of Poland. Other involvements included teaching Polish language at the Polish School, Polish Women’s Club, and the Seattle Polish Foundation. She was active in her church—St. Margaret’s of Scotland, particularly tending the grounds outside and her favorite roses. Barbara is survived by her husband Marian of 62 years, Adam her son, Theresa her daughter-in-law, and her three grandchildren Michael, Matthew, and Kathryn (along with their spouses Stephanie, Cari and Dixon). On Tuesday, September 6, 2022, a Vigil service with viewing will begin at 10:00am, followed by a Rosary prayer service at 10:30am and then a Funeral Mass service at St. Margaret’s Catholic Church at 11:00am (3221—14th Ave West, Seattle). A graveside service will follow at Renton’s Greenwood Memorial Park (350 Monroe Ave NE, Renton) at approximately 1:45pm . A reception at the Polish Home in Seattle will then follow, beginning around 4:00pm. In lieu of flowers please consider a donation to the Seattle Polish Foundation in her name for the support of Cultural Events or General funds.
See more See Less