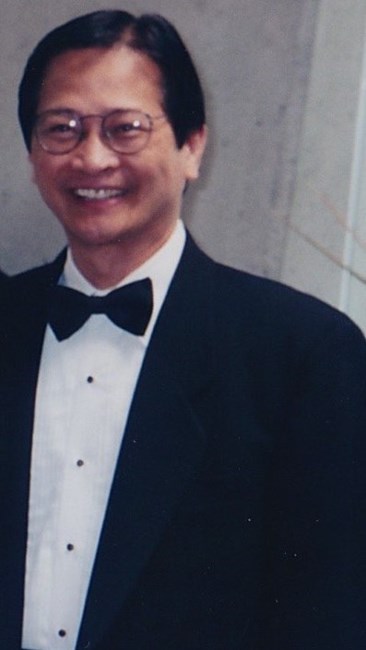 Raymundo “Mike” Flores Gomez was called home to Our Heavenly Father on January 10, 2023 at the age of 77, surrounded by family. He was born on August 31, 1945 to Marcela and Luís Gomez in Dagupan City, Pangasinan, Philippines - the 4th of five children. The family is deeply saddened and heartbroken by his death. During college, Raymundo studied accounting. In April 1967, he graduated with a Bachelor’s degree in Accounting from the University of the East, College of Business Administration in Manila. Upon graduation, he became a Certified Public Accountant and taught accounting courses at the Luzon Colleges (now University of Luzon). He married the love of his life, Gliceria Gomez (née Aoanan), on April 23, 1972 and they immigrated to the United States, settling down in Renton, Washington. The first in their families to move to the U.S., they paved the way for their relatives to join — and here we are today. Raymundo worked his way up to a successful career as an accounting manager for Wards Cove Packing Company and later as an accountant for Glazer’s Camera. Raymundo and Gliceria enjoyed 31 years of marriage before her passing in 2003, and Raymundo remained devoted to her for the rest of his life. Above all, Raymundo was family-oriented. He served as a role model and will be forever remembered as a source of positivity, wisdom, and love by those around him. One of his greatest joys was raising his nieces, Gretchen and Angelica Aoanan Calachan, as his own daughters from the ages of three and seven months old, respectively, through adulthood. They lovingly know him as “Papa”. Raymundo is preceded in death by his wife, Gliceria Aoanan Gomez; parents, Marcela and Luís Gomez; sister, Catalina Paragas and brother, León Gomez. He is survived by his nieces, who he considered his daughters: Gretchen and Angelica; his brother, Conrado Gomez; sister, Felicidad Idos; nephews Arnold Idos, Jimmy Idos, John Gomez, James Gomez, Joe Harold Gomez; nieces Ruth Gomez, Maria Leonila Gomez-Figurasin, Maria Rosario Gomez-Cabrales, Marissa Idos-Santillan, Marlyn Idos-Flores; and numerous grand-nephews and grand-nieces who affectionately refer to Raymundo as “Lolo (Grandpa) Mike.” Raymundo loved playing basketball and watching NBA games in his free time. Reading, crossword puzzles, gardening, and shopping on QVC were among his other simple pleasures. A man of habit, Raymundo listened to KOMO 4 News Radio on the way to work each day, and watched the newest episode of Jeopardy! with Gretchen and Angelica every week. At home, he was often heard singing to Frank Sinatra and enjoyed playing his records on the stereo. Raymundo was a man who stood by his convictions, and an excerpt from his favorite song by Frank Sinatra, “My Way” is an ode to how he lived his life: “My friend, I’ll say it clear, I’ll state my case, of which I am certain, I’ve lived a life that’s full I traveled each and every highway And more, much more than this I did it my way” Raymundo will be missed dearly, and remembered as a loving father, brother, brother-in-law, uncle, grandfather, and friend. Join us in the celebration of his life, with a visitation that will be hosted from 1-5PM on Saturday February 11, 2023 at Greenwood Memorial Park and Funeral Home in Renton. A funeral mass will be held at St. Anthony Catholic Church in Renton on Monday February 13, 2023 at 11 AM. Fond memories and expressions of sympathy may be shared at www.greenwoodmempark.com for the Gomez family.
See more See Less

In Memory Of Raymundo Flores Gomez