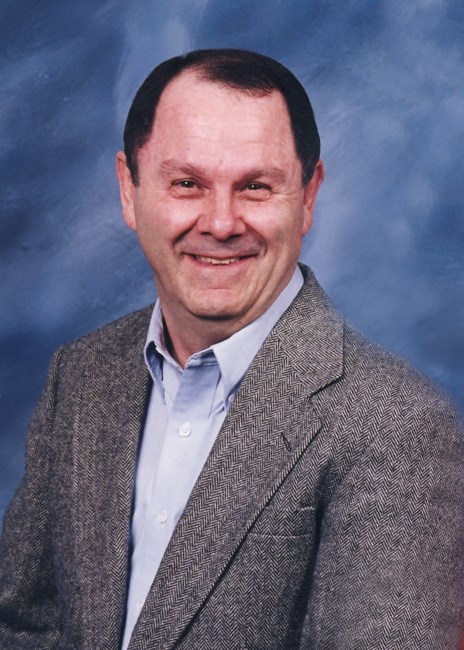 Born May 24, 1943 and passed away on Good Friday, April 15, 2022. Richard was best known for his love for the Lord and his love for his family and friends. Richard graduated from El Paso High School and the University of Texas in Austin. He was a Sigma Chi, Certified Life Underwriter (youngest known recipient at the time), Million Dollar Roundtable, and served in the US Coast Guard Reserve. Richard married the love of his life, the former Julie Utt, on March 11, 1967. Richard enjoyed most of all being with Julie, his daughters, sons-in-law, and seven grandchildren, who called him “Grandad”! He was always so proud of everything they did! He would drop anything he was doing to talk with them. He enjoyed going to their events to see them perform or compete and hearing the details of ANYTHING they loved. Richard made it a point to know the people who his daughters were closest to, and he loved those people because they were connected to Wendi and Meredith. Richard’s smile was huge and genuine. He loved to celebrate special occasions with anything that the grandkids thought was “cool”. His favorite vacations were spent going to the mountains and the beach. He taught both daughters how to snow ski and how to swim! He especially loved his trip with Julie to Alys Beach, FL last October, just a month before he became sick with numerous infections which became hard to treat. Even though his Multiple Sclerosis battle of 40 years took away his ability to walk and left him with only the use of his left arm, he will be remembered by his constant smile, twinkling eyes, happy disposition, thankful attitude, and the pressure he put on the Texas Legislature. Richard was a PRAYER WARRIOR (and those words are purposely in all-caps)! Richard focused most of his career on empowering Christians to use their God-ordained authority to vote responsibly. Over the years, he founded many organizations, including Coordinated Consulting Company (working with businesses to train employees to be politically effective with their time and money), Richard Ford Associates, Free Enterprise PAC, Texans Against State Income Taxes, Texans for Limited Taxation, Texans for Educational Choice, Judd Court Forum, Free Market Committee, Free Market Foundation, Christian Citizens, Heritage Alliance, and iVoterGuide. This year, he happily got to be part of the acquisition between iVoterGuide and American Family Association Action. Now the work can be continued that he was so passionate about. Formerly, Richard was on the Board of Governors for Council for National Policy; Editor of Lone Star Report for Focus on the Family; Publisher of Texas Conservative Report. He was a Past Board Member of Dallas area Campus Crusade for Christ; Sensible Metro Area Rapid Transit and Joni and Friends. Richard was Chairman of the facilities at the Cotton Bowl for Explo ’72; Co-Chairman with Roger Staubach and Craig Baynham in 1970 for ‘Action Now, an anti-drug rally at the Cotton Bowl featuring John Wayne and Pat Boone; first recipient of Love of Liberty Award from Concerned Women for America; recipient of the Heidi Group Heritage Award and the iVoterGuide Walk the Talk Award. At the time of his death he was on the Board of American Family Association Action and Heritage Alliance. Special thanks and appreciation to Dan Fuller, Amy Howsley, Holli Sanborn, and Ghemgia Ghebremicael. for the special care given to Richard. As a family, we are more than grateful to his trainer Terrence Martin for 25 years of keeping him active and from being bedridden. Also, he would want to give a big hug to Debbie Wuthnow as she took over the reins of iVoterGuide. Richard is survived by his wife of 55 years, Julie; daughter Wendi Kesler and husband, David; daughter Meredith Webb and husband Brian; grandchildren Brandon Kesler and wife Maddi; Courtney Kesler and fiancé Cole Weiss; Ben Kesler, Tyler Webb, Campbell Webb, Preston Webb, and Olivia Webb. Nephew Arlie Francis and wife Noemi: Nephew Mark Francis and wife Amy; Brother-in-law Dan Francis and wife Robbie, numerous great-nieces and a great-nephew.
See more See Less

In Memory Of Richard Arno Ford