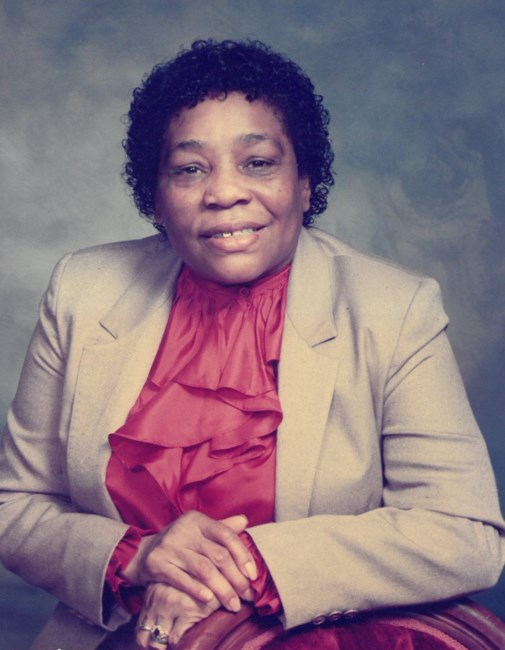 Ms. Lula Mae Holman, age 93, of San Pablo, California passed away on Thursday, April 14, 2022. She was born on December 28, 1928, in Nacogdoches, TX to the proud parents of the late Eugene Bratchett and Rosie Garrett; she was one of the last remaining of twelve children living. Lula was raised in a Christian home and attended the family's local church where she confessed Christ as her Lord and Savior, at a very young age. Lula received her formal education in her hometown. After graduating from high school, Lula worked for the Fort Worth School District as a janitor for a few years. Later, she met the love of her life, Donnis Holman and from that beautiful union six children were born; two of which at birth. After leaving Texas and relocating to California, Lula began working for Minnie Lou's as a cook for over 10 years. Lula had a love for dancing and loved dressing in her Sunday's Best... she was a "class act" all by herself! After retirement from Minnie Lou's, Lula became a homemaker and cared for her children and grandchildren. Following her heart and God's plan, Lula joined Davis Chapel in North Richmond, under the leadership of the late Rev. Dr. John B. Spearman, where she was a faithful member until her passing. Lula served and was an active member of the Women's Missionary Society. Lula was preceded in death by her husband and five children... Her son Michael passed away on March 25, 2022. Left to cherish her memory are her only daughter, Connie Marion Holman; grand-children, Venessa Holman, Latresa Rowe, Robert Jr., Angela Rowe, DeKuana Hale, Rolanda, Michelle, Tanisha, and Tania Holman; 24 - great grandchildren, and many great-great grandchildren, daughter in-law, Maryland Sims, Cousins, nieces, nephews, friends, and her Davis Chapel Church family. A public viewing for Ms. Lula Holman will be held on Monday, May 9, 2022 from 1:00 PM to 5:00 PM at Fuller Funerals, Inc, 3100 Cutting Blvd, Richmond, CA 94804.
See more See Less

In Memory Of Lula Mae Holman