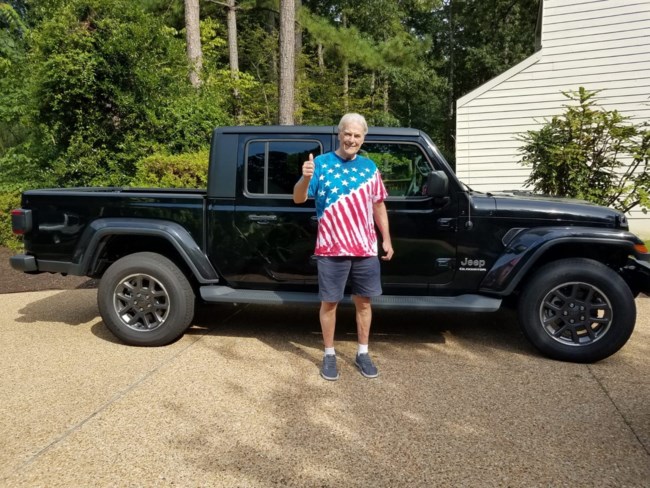 Ray H. Satterwhite of Richmond VA, Cpl USMC Vietnam Combat Veteran 1970-71, cherished Husband, Father, Friend, and successful business owner and was the greatest of all time. Ray was a noted Baseball pitcher at Manchester High School, he turned down a baseball scholarship to join the Marines only to still receive a Baseball Scholarship after his time in service to the United States of America. He volunteered for the US Marine Corps in 1970 and was a bush Marine in Vietnam with 1st Battalion 1st Division Charlie Company USMC, carrying the M60 machine gun in Da Nang. He loved the Marines and was definitely a diehard Marine. After his time in the service he started working for Electrolux Vacuums in 1976, knocking on doors selling Electrolux vacuums. He became a highly successful franchise owner of Aerus Electrolux in 2004. During his 45 year career with Aerus Electrolux he and his Wife went on many international VIP club trips, earned hundreds of sales awards and made many friends. He was always dedicated to helping his customers and known for his generosity. He truly loved working with his son Bryan for the last 15 years. He enjoyed playing guitar and singing - especially with his son. He was in many talent shows and loved giving out his CD to customers. Since 1978 Ray lived his incredible life with the LOVE OF HIS LIFE Bette Bryant Satterwhite. They married in 1982 and share two children, his Daughter, Kristen Satterwhite Lacy and Son, Bryan Satterwhite. Ray and Bette are soulmates and inseparable. Ray loved his family time with his sister Bernadette Patrick (and Carroll) and Bette’s brother Danny Bryant, Son-in-Law Adam Lacy, Ken Miller, Bob Northern, Ben Beasley, many Owen cousins as well as many friends including Bill Friendlander, Pat Kelly, Dean Miller, John Bland, David Booth, Wilbur Harnsberger, Joe Urso, Dave Peterson, Lou and Cathy and many many other amazing people, you know who you are. Ray had a big love for animals and over the years, loved many furry and feathered family members. Currently the family animals, Jack, Max, Lou and Ava run the house and miss him very much! He loved life, Jesus Christ, Jim Kelly and The Buffalo Bills, Bruce Lee and his hot tub - all who knew him already knew this. He sadly but graciously passed on after a tough battle with AML and went to be with the Lord Jesus Christ September 27, 2021. He tried as hard as anyone ever could to beat an awful diagnosis and fought to stay with his family but his body could not hold on any longer. In lieu of flowers, we ask that if you are able, please donate your blood and platelets and educate yourselves about the Vietnam War, the effects of Agent Orange and Leukemia. He was the first person to raise the flags at the Va War Memorial in 1956 where he has a brick on the Walkway of Honor to commemorate his service to America and USMC. Services in his honor will likely be held there on a future date. Ray and his family would like to thank the teams of incredible humans and medical professionals at St. Mary's Hospital as well as Chaplain Larry Johnson, Pastor Lemuel Sullano and Rose Ann and Henry Campbell. Ray is forever in our hearts, souls and memories.
See more See Less

In Memory Of Ray Satterwhite