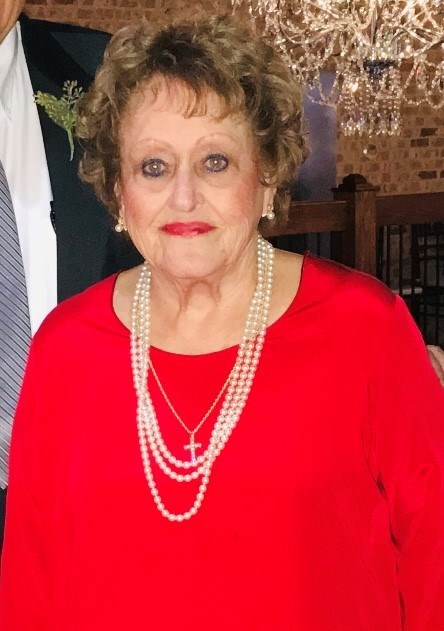 Charla Ard Conlee, 86, beloved daughter, sister, wife, mother, grandmother, and great-grandmother passed away peacefully after having the opportunity to bid farewell to each of her loving family members on Tuesday, May 10th at Mississippi Baptist Medical Center. Visitation will be held on Saturday, May 14th from 10 AM-12 PM. With the service immediately following at Parkway Funeral Home in Ridgeland at 12 PM. The service will be livestreamed from the Parkway Funeral Home and Memorial Cemetery Facebook page. Burial will follow after at Parkway Memorial Cemetery. Charla Ard Conlee was born on January 31st, 1936 in Thaxton, Mississippi to Erskin and Elsie Ard. She grew up in Thaxton, Mississippi, where she graduated from Thaxton High School in 1954. She married the love of her life, Rufus Conlee, when she was 18 years old. Soon after they wed, she worked hard at North East Mississippi Electric Power Association, while supporting her husband as he completed his degree at University of Mississippi. Honesty, dignity, and a hard work ethic were character traits that defined her in the different careers she pursued throughout her lifetime. While she and her husband were raising their three daughters in Clinton, Mississippi, Charla also found time to establish her own beauty shop where she worked as a cosmetologist and trainer for other young beauticians. In the mid 1970s, she transitioned to serving clients as a real estate broker with David Stevens of Century 21 in Clinton, MS. She was proud of her 46 year career and awards that she won, and one of her greatest joys came from finding the perfect house for her clients. Charla would say the two most important things in her life were her relationship with the Lord, Jesus Christ, and spending quality time with her large family. For several decades, she was a part of the First Baptist Church of Jackson Choir, where she gave and received many blessings. She particularly enjoyed singing in Carols by Candlelight and sharing the message of God’s Love. The friendships formed through this ministry impacted her life deeply. She always had a front row seat at her grandchildren’s ball games or performing arts activities. This enthusiasm continued on when the great-grandchildren were added to the family. Being an encouraging presence in her grandchildren and great-grandchildren’s lives, brought her great joy. Charla is survived by her three daughters, Phyllis Mooney of Brandon, Janet Spain (Charlie) of Ridgeland, and Mina Darnell (Tim) of Clinton; her eight grandchildren, who knew her as Mene, Jay Mooney (Bryce), Caroline Ostenson (Tommy), David Mooney (Mandy), Katherine Walters (Jonathan), Chad Spain (Lacey), Alex Spain, Dr. Hannah Darnell, and Rachel Darnell; her seven great-grandchildren, Sydney Grace White, Thomas Ostenson, Luke Ostenson, James Mooney, Emmy Mooney, Parker Kate Spain, and her namesake, Corrie Rose Walters, delivered just a few days ago; sister, Willie Stepp; and brother, Dr. David Ard. She is preceded in death by her husband, Rufus M. Conlee, and two sisters, Ellen Conlee and Dorthy Ard.
See more See Less

In Memory Of Charla Conlee