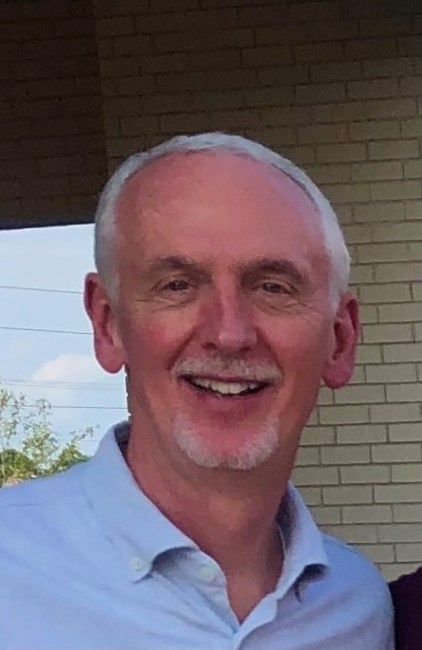 James Luther Warren III passed away suddenly on August 9, 2021 at his home in Jackson, Mississippi. Jim was born in Huntsville, Alabama on February 5, 1962 to Jackie Warren Tatum and James Luther Warren II (deceased). Jim received his bachelor’s degree from the University of Southern Mississippi in 1984 and his Juris Doctor from the University of Mississippi in 1987. Jim established himself as a successful attorney in both public and private practice across Mississippi and, later, the world. He was the managing partner at Carroll Warren & Parker, specializing in commercial litigation. He also served as an arbitrator in a number of cases. Jim’s time at the University of Southern Mississippi cultivated his love for people and instilled in him a passion for organizational involvement. He found roles in Kappa Sigma Fraternity and, later, as Southern Miss student body president. His career and life were marked by leadership positions with the United States Tennis Association, the Mississippi Bar Association, the USM Foundation Board and Alumni Association, River Hills Club, Northminster Baptist Church, and Galloway Methodist Church. He was not, however, only about work. Jim enjoyed life: he was devoted to Southern Miss athletics, pioneering the tailgating scene in Hattiesburg at football and baseball games. Jim and his wife Malinda spent much of their free time traveling and grew to love Telluride, Colorado. Together they spent many summers at the Telluride Bluegrass Festival with family, close friends, and strangers who would become close friends. He also enjoyed bike riding, tennis, and snow skiing. He read and wrote constantly, and got to interview some of his favorite musicians. He was an amateur breeder and trainer of long-haired Dachshunds. He enjoyed Twitter, which was a near perfect vessel for his incisive and witty commentary. He was intellectually curious, a trait he encouraged in others through his years as a Sunday School teacher and youth group leader, as well as being a mentor to young lawyers. He also enjoyed the challenge of crafting the perfect kale salad. Above all else, he valued his family. Along with Malinda, he forged a family with a powerful bond. They were fortunate to have vacations, holidays, and dinners that were memorable and meaningful. They were even more fortunate as Jim found his new (and, perhaps, true) calling as a grandfather. His family reflected his best characteristics: humor, integrity, kindness, and drive. Jim Warren is survived by his wife, Malinda Warren; his five children, Luke, Caroline (Arthur), Jake, Matt, and John Mychal; his grandchild, Robert Ridgway Walden; his mother, Jackie Warren Tatum; and his brother, Walt (Tammy). He will be so missed. In lieu of flowers, donations may be made to Operation Shoestring, the Mississippi Museum of Art, or the charity of your choice. A celebration of life will occur at River Hills Club (3600 Ridgewood Road in Jackson, MS) this Friday, August 13 at 2 PM. All are welcome.
See more See Less