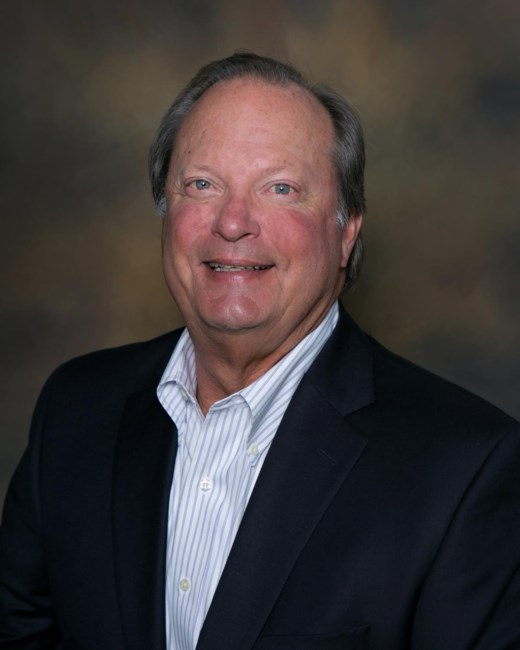 Sidney Perry Allen, 68, of Jackson, died Saturday, November 10, at St. Dominic’s Hospital after a brief battle with cancer. Born in Greenwood, Miss. on July 22, 1950, to the late Shirley Perry Allen and Robert Julian Allen, Jr., he was raised in Indianola and graduated in 1968 from The McCallie School in Chattanooga, Tenn. He attended the University of Mississippi where he was a member of Sigma Alpha Epsilon Fraternity and a letterman on the men’s tennis team. He graduated from Ole Miss in 1972 with a Bachelor of Business Administration degree. He served in the Mississippi Army National Guard from 1968 through 1974. Allen began his career working with his father at Delco Development Company in Indianola, followed by serving as a Congressional Aide in the Washington D.C. office of U.S. Senator James O. Eastland. He returned to Jackson in 1975 to serve as Vice President of Hancock Mortgage Corporation and later as President of Mississippi Mortgage Company. He returned to Indianola in 1982 as Vice President of Allen Corporation, before moving back to Jackson in 1984. From that point forward, Allen served in a variety of capacities with his long-time friend and business partner, Mr. William J. Van Devender. Their most recent ventures include Southeastern Timber Products in Ackerman and Vicksburg Forest Products in Vicksburg. Allen never missed a good party or an Ole Miss game. He was a lifetime member of the University of Mississippi Alumni Association and Ole Miss M-Club, and an unofficial founder of the “Left Field Lounge” at Swayze Field. An avid golfer and tennis player, he was a fixture at the Country Club of Jackson, serving as president in 1998. Allen was also an outdoorsman who loved spending time at Chateau Sho‘Nuff Duck & Wine Club, where he occasionally hunted ducks and always enjoyed time with the club’s distinguished members. He strongly believed in giving back to his community, having served as a leader in numerous organizations, including Christ United Methodist Church and St. Andrew’s Episcopal School. Perhaps his proudest philanthropic achievements came from his service on the board of Friends of Children’s Hospital, the fundraising arm for Batson Children’s Hospital at the University of Mississippi Medical Center, our state’s only children’s hospital. For 22 years he served on the board, served as Chairman of the Miracle Home project, and earlier this year co-chaired the 25th Annual Children’s Hospital Pro-Am Golf Tournament, which he helped establish and has since raised approximately $2.3 million for the children’s hospital. He became Chairman of the Board of Friends in 2018 and was responsible for overseeing the $20 million commitment Friends made for the children’s hospital expansion project at UMMC. Above all, Allen was most proud that he had been saved by his Lord and Savior Jesus Christ, and he was excited to spend eternity in Heaven. His unwavering faith provided comfort to family and friends who surrounded him during his final days on earth. Allen is survived by his loving wife of 39 years, Deborah Wood Allen of Jackson; his son, Sidney Perry Allen, Jr. of Jackson (Kristin); his daughter, Rachel Wood Allen of Jackson; his brother, Meredith Baird Allen of Greenwood (Margaret); his sister, Shirley Anne Stringfellow of Mountain Brook, Ala. (Ed); his sister-in-law, Kathy Keach Allen of Oxford; his two grandsons, Sidney Perry Allen, III and William Julian Allen of Jackson; and many nieces, nephews, cousins and cherished friends he considered family. He was preceded in death by his parents Shirley and Robert Julian Allen, Jr., and his brother, Robert Julian Allen, III. A devoted husband and father, he was a particularly proud and loving grandfather, affectionately called “Poppa” by his grandsons and many friends of his children he loved like his own. Visitation will be held at Christ United Methodist Church in Jackson on Tuesday, November 13, from 4:00 p.m. to 7:00 p.m. and Wednesday, November 14, at 9:00 a.m. with the funeral service to follow at 11:00 a.m. Burial will follow at Parkway Memorial Cemetery in Ridgeland. In lieu of flowers, memorial donations may be made to Friends of Children’s Hospital at 3900 Lakeland Drive, Suite 205, Flowood, Mississippi 39232 or to Christ United Methodist Church.
See more See Less

In Memory Of Sidney Perry Allen