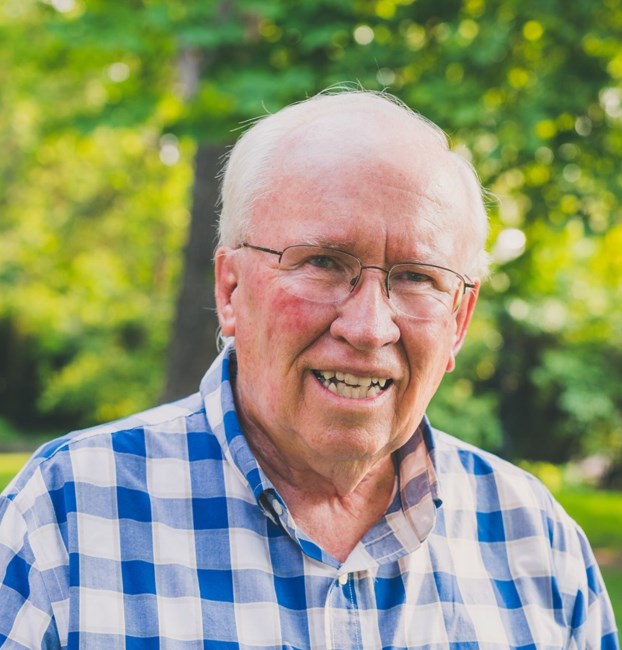 David Frank Emett passed away on October 12, 2022, in the presence of his loving wife, Connie, who devotedly cared for him as he battled ALS. His positivity and resilience to such a horrific disease was truly exemplary and inspiring. David was born on August 26, 1947, to George Franklin and Von Emett. He had a loving and supportive younger brother, Ray, with whom he was very close. He was raised in a loving home and surrounded by a community of extended family. In his younger years, he loved baseball and spent most of his time on the baseball field. As he matured, he found a love for driving. In the summer of 1965, not long after graduating from West High School, while out driving with friends, he first met Connie Reed. That chance encounter was the catalyst to a marriage that was solemnized in the Salt Lake City Temple on November 1, 1968, by Elder LeGrand Richards. They were married for almost 54 years, and David continued to enjoy his car rides with Connie until his last day on this earth. Shortly after their marriage, David and Connie built a home in 1970 in the new subdivision of Morton Meadows, where they lived and participated in the community for 52 years. Their marriage was a true partnership, filled with love and a whole lot of laughter. They raised five children and cared for and influenced the lives of many more. David spent his entire 42-year career with Workforce Services and served in numerous capacities for The Church of Jesus Christ of Latter-Day Saints, from Scoutmaster to Bishop. Bishop Emett cherished the friendships made and the years spent serving the members of the Center 3rd Ward. He had a deep and unselfish love for his fellow men and a unique talent for finding ways to ease the burdens of others. Sometimes that talent was dressing up as Napoleon Dynamite and dancing very badly…but it worked. He always put a smile on people's faces. His claim to fame was being asked to play the role of President Gordon B. Hinckley in the T.C. Christensen movie, “Gordon B. Hinckley: A Giant Among Men.” It was an honor for him to be part of an exciting project that allowed him to portray the man he admired and the passion for service they both shared. David had many hobbies. He was an avid hunter and fisherman and had a passion for collecting everything from stamps and coins to rocks and antique bottles. He became the leading expert in Utah Red Wing stoneware and amassed over 50 pieces, the largest collection to date. He loved family history, gardening, and taking candid photos of family members, especially when they tried to avoid it. He was always making a joke at his own expense, even at the end, when it took more energy than he had. He loved to make his family laugh. David was a loving and devoted grandfather who sought quality time with his grandchildren. He spent countless hours taking them fishing and sharing his love for wildlife and the great outdoors. He not only shared his hobbies but supported theirs, even if that meant traveling to several soccer fields to attend games that were scheduled at the same time. He made sure everyone got their “Soccer Dollars” for an ice cream or a treat, whether they were participating or not. He was adored by his grandchildren and will continue to live on through the wonderful memories he gifted them. He is loved and will be missed. David is survived by his sweetheart, Connie; his children, Steven (Narda) Emett of Tooele, Craig (Katy) Emett of Tooele, Brent (Sara) Emett of Woods Cross, Cindy (Justin) Price of Kaysville, Shelly (Dave) Szymanski of Tooele; and his brother, Ray (Bonnie) Emett of Kaysville. He also leaves behind 18 grandchildren. He was preceded in death by his parents; son, David Jr.; sister-in-law, Mae (Kent) Reed; and his grandchildren, Savannah and Dakota Emett. Funeral Services will be held Friday, October 21, 2022, at 12:00 pm at the Center 3rd Ward Chapel, 1955 West 400 North, Salt Lake City, UT. Friends may call Thursday evening from 6-8 pm and from 10:45-11:45 am on Friday, prior to the funeral service. Burial will take place in the Valley View City Cemetery. Live viewing of the services will be available through Zoom at: https://zoom.us/j/95411535314
See more See Less

In Memory Of David Frank Emett

Viewing Prior to Services