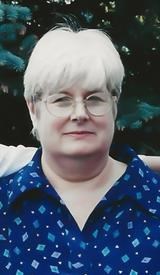 With great sadness, we announce the passing of Gertrude “Trudi” Ada Iseminger Gedge, who died of complications arising from the covid-19 novel coronavirus, on November 18th, 2020. In the weeks leading up to her passing, she exhibited optimism towards a speedy recovery. She is survived by her husband, Dave Gedge, who was with her in the hospital when her life passed on to the merciful grace of Our Lord and Savior Jesus Christ. We mourn for the passing of a wife, mother, grandmother, and disciple of Jesus Christ who committed herself to a life of service to those in need. Dave said to his children afterwards “I thought we have had a great adventure together.”

Trudi’s adventure began on April 3rd, 1945, in Santa Monica, California. Born to Delbert and Hilma Iseminger. She spoke fondly of her Norwegian ancestors that had emigrated to the United States in the early 1900s. She often said that “All people are equal; however, Norwegians are just a little bit better.”

Her commitment as a follower of Jesus Christ, and as a convert to the Church of Jesus Christ of Latter-day Saints, was an important part of her life. Her parents were not religious, but even at a young age, attendance in a church was important, as she would attend a variety of denominations, depending on the neighbor that would take her. It was when she was five years old that she was introduced to the Church, when a Latter-day Saint family moved into the neighborhood. They had a daughter the same age as Trudi, and she spoke fondly of the time they played together. As Trudi’s own chaotic home life took a toll, she loved the spirit that existed in her neighbor’s home. After the family moved away, they arranged for transportation so she could continue going to Primary at the Church. Even at a young age, she knew that someday she would be baptized, and out of all the denominations she attended in her youth, she felt a special affinity to the Church.

Years later, during a trip to visit relatives in South Dakota, her family stopped in Salt Lake City and toured the Temple Grounds. Trudi pointed to the temple and announced to her parents that one day she was going to get married there. Her father remarked “The hell you are.” She always had a way of proving people wrong.

Trudi was 13 years old when she and her mother finally came into contact with Latter-day Saint missionaries. After studying with them, Trudi and her mother were baptized. But soon after, her parents divorced.

She attended Brawley High School in Brawley, California, where her mother also taught English to support themselves after the divorce. After High School graduation, Trudi was able to start her studies at Brigham Young University pursuing a degree in Sociology, thanks to a generous monetary gift from her cousin Sonia Woster. She took a break from BYU and attended Imperial Valley College in El Centro, California. She then moved to San Diego, where she worked hard to earn enough money to return to her studies at BYU.

Being an only child had an impact on Trudi, and for as long as she could remember, she wanted siblings. This led to her wanting a large family of her own, and she was not afraid to let people know. When she returned to studies at BYU, she met her future husband Dave. He was undaunted and unafraid of her commitment to raising a large family, they soon married in the Salt Lake City Temple on August 22, 1969.

Later, they moved to Ames, Iowa. While raising their first child, Trudi continued to finish up her last class by correspondence, while earning extra money by typing up theses and dissertations for students, in order to support her husband while he was working on his Doctorate degree. She ultimately did not finish her degree in Sociology, as she decided to focus on raising and supporting her own family. Years later, she did go back to school at Eastern Idaho Technical College to obtain an Associates Degree as a paralegal.

As the years passed, Trudi and Dave continued their adventure as employment took them to Washington, North Dakota, California, Idaho, and finally South Dakota, where she was able to reconnect with her Iseminger heritage.

No matter where she went, she was busily engaged in building the community within her church and neighborhood. She served in many capacities in her church community, among her most fond memories was her time as Relief Society President, when she lived in Idaho Falls, Idaho. This made her responsible for the welfare of members in need. Despite raising a family, and working towards her education, she always took time to discover the needs of others. She had a lot of sympathy and care for those in need, particularly single working-mothers, as well as families undergoing financial struggles. She always took extra time to ensure that they had the resources to lift them up and encourage them in difficult times. It was important that she instilled in her children this sense of duty to serve others, and she led by example.

Trudi had a passion for baking, and would spend many hours baking pies, cakes, cookies, and other desserts. And she loved to share this gift with others, including family, neighbors, and fellow church members. She was especially known for her cheesecake, which became a favorite and most requested among many; and she made sure to remind them that it was the best.

Many people knew of her fondness for cats. She had a love for animals and believed strongly that they should be treated with love and respect, and that they should have a home. During her entire life, she always made sure that she had at least one adopted animal to care for.

Trudi was proud of her children, and their accomplishments. She spent her life supporting the educational needs of her children, ensuring that they had help overcoming the difficulties and roadblocks they faced, such as tutoring and counseling for learning disabilities. She was an avid reader, and supporter of the arts. Because of her efforts and encouragement in the value of education that she instilled, all of her children graduated with degrees in higher education; ranging from engineering, psychology, photography, and film production. She is survived by seven children: Jonathan, Justin, Christine, Kelsey, David, Eliza, and Daniel. As well as twelve grandchildren: Christopher, Marshall, Jeremey, Angela, Tyler, Jaylen, Trevor, Alicia, Lukas, Konstantine, Kayleigh, and Samson.

Trudi was affected by her own tumultuous childhood, that oftentimes left her scarred and broken. But despite this, she found peace in service to Jesus Christ and fought hard her entire life to make sure she left the world a better place; to ensure that her children grew up with strong parents, who loved them, and to make sure those around her were taken care of to the best of her efforts. You will be missed, Trudi. May we remember the good that you did in the world and follow your example of service.

Services will be held at Larkin Mortuary in Riverton, 3688 West 12600 South, Riverton, Utah 84065 at 11:00 a.m. There will be a viewing from 9-10:45 a.m. prior to the services. Please observe physical distancing and wear a mask when attending the services. Interment will be in the Wasatch Lawn South Valley Cemetery, Riverton, Utah.