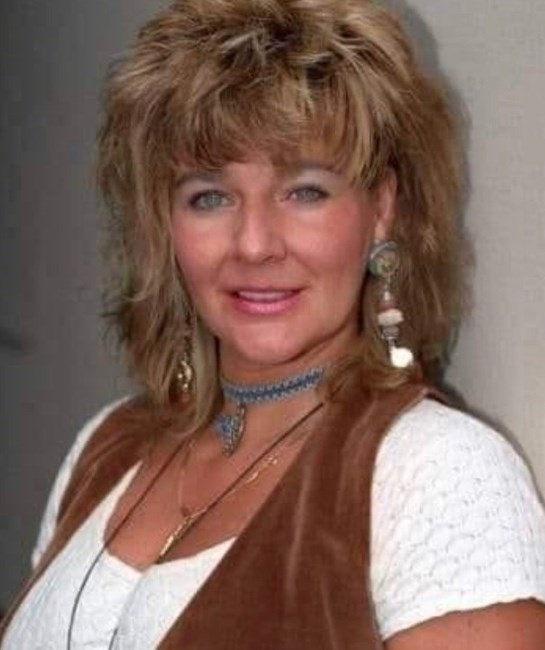 Andrea Cosima Yardich, of Melbourne, passed away Monday, August 30, 2021. She was expected to live forever we thought but sadly at 61 years young, God decided to relieve her of her struggle as she put up a good fight against Covid 19 and its harsh effects. She was a free spirit with an infectious soul. Born and raised as a child in Karlsruhe, Germany, she became the popular and highly loved singer/artist, Maggie Mae and later moved to Florida where she began her life as a wife and a mother. She had three daughters from her first marriage and later remarried after stealing the heart of a man with her charm. With him, she gave birth to her first son. Andrea was a loving, wild, happy mother, wife, and woman that took the world in the palm of her hands and lived like no other. When life got busy, Andrea always knew how to bring her family together with just one text..."I made my roast and noodles," and not a person in the world could turn down her roast! She gave everyone hugs and made sure they were taken care of. If she had it, she would give it! You couldn't leave her house without a bag of miscellaneous things she'd gathered just in case you needed them; who didn't need mixed baggie of snacks, mail from 3 years ago, and that toy or knick knack for her grandkids we tried throwing out on so many occasions! She never minded what others thought of her or her quirky sense of style; it was her own and she rocked it like nobody else! Her beautiful smile and crystal blue eyes captivated hearts everywhere she went. She was the laugh out loud, sing at the top of her lungs, and dance to music (even when none was playing) kind of woman. Her legacy will live forever through the memories she made with so many. She leaves behind her love and husband of 32 years, Michael Yardich, three daughters, Candita Trammel, Samantha Trammel, and Cassandra Trammel, a son Michael Yardich, granddaughters Alyccia Madden and Kearstin Krabill, grandson Austin Rubel, and sister Nicole Schlosser. The world won't be the same without her but she left behind such love in our hearts that she will never be forgotten. We will miss her dearly.
See more See Less

In Memory Of Andrea Cosima Yardich