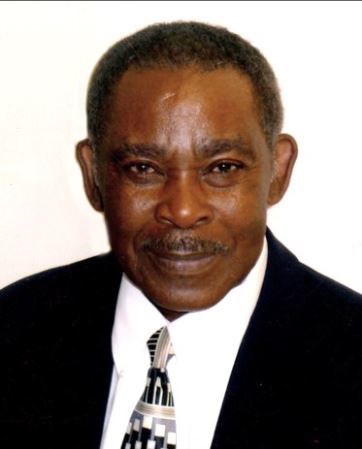 Fedmin Emmis Davis, who was also affectionally called "Harold" and "Pusso" was born on February 18, 1933, in Hopewell, Jamaica. He was the middle child of 5 siblings, Rose (deceased), Carmen, Delta (deceased) and Jack, born to parents Ruel Davis and Margret Williams. At a young age he met the love of his life, Kathleen Louise Beckford, affectionally called "Koolie". A few years later they were blessed with a daughter, Myrna. Seeking a better life and opportunity, Fedmin emigrated to the United Kingdom In 1956 and settled in the town of Wolverhampton in the West Midlands. The following year Kathleen also emigrated to the UK. The couple were married in 1958, and the union produced two additional children, Michael (pre-deceased) and Mark. In 1966 the entire family were reunited when Myrna joined them in the UK. Fedmin worked for the Goodyear Tire Company for 20 plus years until the family migrated to the United States in 1972 and settled In Queens, New York. He worked as a dietary aid for Collage Nursing Home from 1972 until he retired in 1998. Fulfilling their dream of living in a warmer climate after retiring, in 2001 Fedmin and Kathleen moved to Palm Bay, Florida, where they reside until his passing. Fedmin was a very passionate man, when playing dominos, tending to his garden, playing cricket, watching horse racing, and wrestling. He was charismatic, loved his family, and made friends wherever he went. He made a lasting impression on everyone who had the privilege to be in his company. Fedmin departed this life peacefully on Wednesday January 18, 2023, at 09:33 pm. Fedmin is survived by: • His wife of 64 years - Kathleen Davis • Siblings - Carmen, Jack, Lascelles, Snova, Oliver and Ken • Children – Myrna and Mark • Grand Children – Sheveon, Jeffrey, Tiffany, Amanda, Kellien, Collin, Jordan and Morgan • Great-grand Child - Avery • host of other nieces, nephews, relatives and friends that are too numerous to mention. Gone too soon but will never be forgotten. He will live in our memories and our hearts forever!!
See more See Less

In Memory Of Fedmin E. Davis