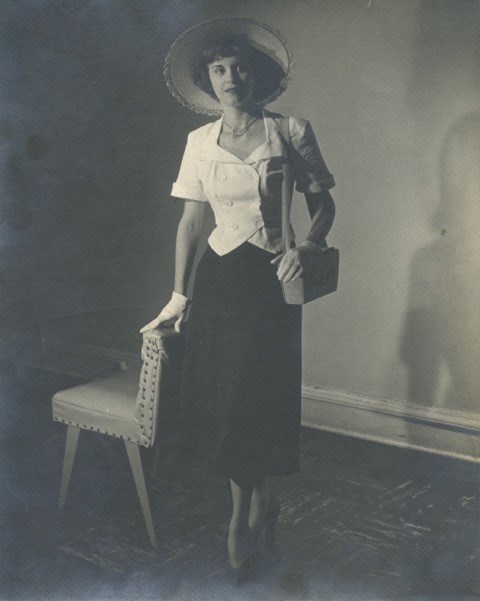 Kathryn Lorraine Biddle-Train-Smith of Roseville, CA took leave of this earth on October 22, 2017. At ninety years old, she passed peacefully in the night when her ever loving heart made its final beat. Born in Camden, New Jersey in 1927, Kathryn or “Kaye” was raised in Brooklyn, New York where she later met and married Johnny Train in a storybook love affair that lasted until his death in 1993. All of her life Kaye was a loving mother and wonderful homemaker, and could be most aptly described in the four little words: “She loved her kids.” In her long and active life Kaye was a fashion model in St. Louis, completed a course of study in the Famous Artists Schools, was an award-winning lifelong artist whose paintings brighten the walls of many Roseville homes and local businesses, she was listed in the Who’s Who, was a Brownie Troop leader, had her son Kurt Train at age thirty-seven, was an avid genealogist, and loved boxer dogs. Ever beautiful both inside and out, everyone who knew Kathryn will remember her with love and affection. Kaye is survived by her three children, Jeanie Train of San Leandro, CA, Suzy Coffee of Manton, CA and her husband Del Coffee, Kurt Train of Elk Grove, CA and his wife Aurora Train, Kaye’s granddaughter Kristy Coffee of Manton, CA, great grandson Colt Coffee of Manton, CA, and her husband Robert Smith of Yuba City. Kaye’s children will be honoring her loving memory on November 4, 2017 at 11:00 AM in the Lambert Funeral Home, 400 Douglas Blvd, Roseville, CA.
See more See Less

In Memory Of Kathryn L Smith