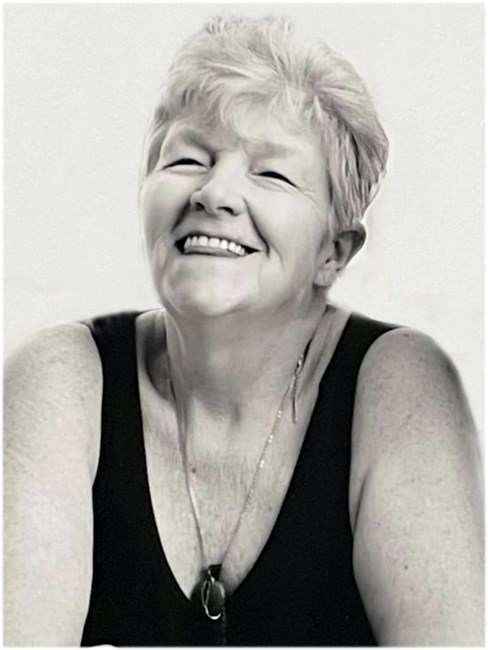 Roberta (Bobbi) Lynn Harding, 63, passed away on Sunday, January 22, 2023, at McLaren Macomb Hospital in Mt. Clemens. She was born July 26th, 1959, to John and Genevieve (Santor) Little in Warren MI. She was the youngest of 7 children. She attended Lake Shore High School. She was the only “red head” of her siblings and it definitely matched her spitfire personality. She embarked on her first adventure at the age of 19 and moved to Tennessee. Times weren’t always easy, but she loved those mountains and the people in her life at that time dearly. Years later she returned to MI where she worked many years in Automotive Manufacturing and spent a lot of time surrounded by her family, especially her nieces and nephews. On December 18th, 1998, she married her husband William (Bill) Harding whom she loved dearly. They lived life on their terms and loved each other tremendously. With this union she was blessed with 3 beautiful daughters, Jennifer Bressler, Jacqueline Coleman and Tonesa Harding who she loved and cared for dearly. She cared for Mr. Harding through his injuries and illnesses until his passing on April 27th, 2012. A short time later she began her fight for sobriety and at the time of her passing she was very proud to say she had been sober (alcohol) for over 10 years and tobacco free for over 30 days. Although Bobbi had no children of her own she helped raise all of her nieces and nephews and many of their children. Her love for animals had no boundaries. Over the years she was blessed with her dogs Sampson and Dee Dee and leaves behind her beloved cats, Frick, Puddin, Stella and Fee-Fee. She did not play about animal cruelty and would call you out for even suggesting anything mean about any animal. She even took care of all the stray cats around her home. She was truly one of those people where if you were blessed to know her, you just loved her. Even in her lowest times she was always worried about what she could do to help someone else. She loved unconditionally and she lived selflessly always putting others needs before her own. Her heart never reached full because she always had space to give love to anyone she met. Roberta was predeceased by her parents, John and Genevieve Little, her husband, William (Bill) Harding, her only brother, John J. Little and her big sisters Patricia Little, Mary (Deb) Little and Audrey (Randy) Bosca. She leaves behind her sisters, Judy (Howard) Tacia, Arlene Larry, Nancy (John) Temelko and Debi Little. Her nieces, Patti Tacia, Crystal (Tim) Sexton, Shannon Watson, Peggy (Jerry) Smith and Nicole (Ryan) Hauk, her nephews, John (Jennifer) Little, Randy Bosca Jr. and Tony (Kara) Bosca. Her great nieces and nephews, Taylor (Coco Puff) McQueen, Dominic Dobrenich, Devin Dobrenich, Shelby Sanders, Madison Sanders, Hailey Little, William Sanders, Brooke Sexton, Paige Gregory, Andrew Hauk, Kassie Gregory, Alexander Hauk, Sydney Bosca, Lucas Bosca, Abigail, and Austin. Great nieces and nephews, Kaleb Ross, Kalyna Ross and Eryn Carver Jr. Her bonus children, Kerry Jo Davidson, Terry Allen Davidson, Jennifer Bressler, Jacqueline Coleman and Tonesa Harding. She also leaves behind her closest friend, Cousin and partner in crime, Donald Diem, her best friend Pattie O’Rourke and her close friend Lynn Ferguson along with a long list of other close friends and acquaintances that she loved and cared for deeply. We invite you to attend a celebration of her life on Saturday, January 28th, 2023 at Kaul Funeral in Roseville, MI, from 11:00 to 2:00 pm followed by food and refreshments at 35833 Lucerne St., Clinton Twp. MI 48035 for additional time to reminisce, grieve, support each other and just spend time remembering the good times as she would want us to. In lieu of flowers we ask that you contribute to the Humane Society or Animal Rescue of your choice in her memory.
See more See Less

In Memory Of Roberta Lynn Harding