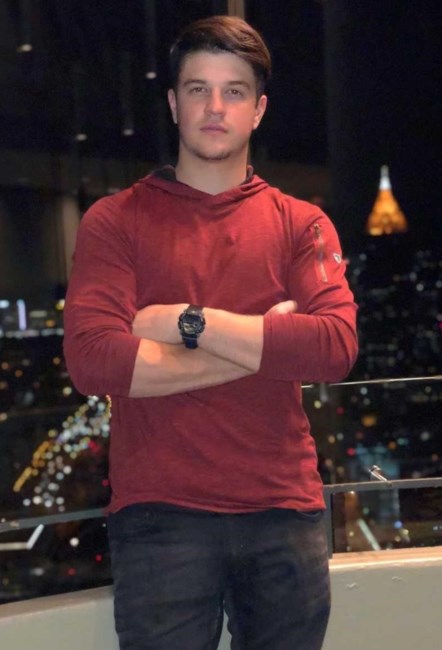 Daniel Jay Boccia, 30, of Alpharetta, GA left us on August 15, 2021. Daniel loved all music. He loved dogs. He loved BMWs and he loved his family with a fierce loyalty, especially the loves of his life, Idaira Taveras and his darling son Enzo. His demons began when the pharmaceutical companies realized our government would not stop them from handing out pills like candy to children and that those pills didn’t need warning labels on the side saying, “May lead to heroin addiction.” Daniel’s overdose death was not because he was weak. It was because we, as a society, have been induced to be insensitive to other people’s desperation and outcries – other people’s lives. We don’t care enough that over 93,000 people died in the last 12 months as a result of the still largely ignored disease of addiction. We don’t care enough that the recovery center where he died after being there for less than 48 hours, costs $27,000 for a 6-week program and that the CEO didn’t even call the family after finding his lifeless body. We don’t care enough that we lock up sick people or that a judge sentenced Daniel to 15 years on a mandatory minimum, not caring that these prisons are full of corruption, drugs, shanks, and gangs, that there was no treatment for him, no healthcare, no social development, and no demand to correct and repair. We don’t care enough about the deeper meaning of a culture wherein a correctional officer tells him, “Inmate, your momma can’t help you now.” We don’t care enough that he was shackled, tasered, pepper sprayed, tackled by the CERT team, and sent to solitary confinement for 4 ½ weeks for having an illegal cell phone that he got from an officer. We don’t care enough that the day he was released from prison he left with a $35 card and his worldly possessions in a garbage bag. We don’t care enough that Target wouldn’t hire him for a seasonal Christmas job and he couldn’t rent an apartment because of his label of being a convict. And we don’t care nearly enough to even want to know that millions of Americans are treated this way every day. Daniel was preceded in death by his grandparents, Jay M. Wright, Martha Knight Corbin, and Ernest Corbin, and by his cousin Peter Jay Logan. Survivors include: his son, Enzo Alexander Boccia; his love, Idaira (Evie) Taveras; his parents, Frank Charles and Kathryn (Kate) Elsa Wright Boccia; his sister, Paige Yvonne Morgan, and her husband Donnie; nieces Teagan Rae and Penelope Jean Morgan; grandparents, Joseph John Boccia and Jeannine LaVoie Boccia; aunts, Janice Strollo, Linda Beaulieu, and Cyndi Boccia; uncles, Marty Wright, John, Greg and Christopher Boccia; and cousins, Lindsay Fair, Kelly Nast, Ryan Loftus, and Isabella Boccia. A memorial service will be held Saturday, August 28, 2021, at 3pm at The Commons of Alpharetta, GA, 12150 Morris Road. Please consider donating to a scholarship fund for Enzo or one that will be used to train Daniel’s sweet Dalmatian puppy, Rumi Lou, to become a service dog for people in recovery and those in prisons.
See more See Less

In Memory Of Daniel Jay Boccia