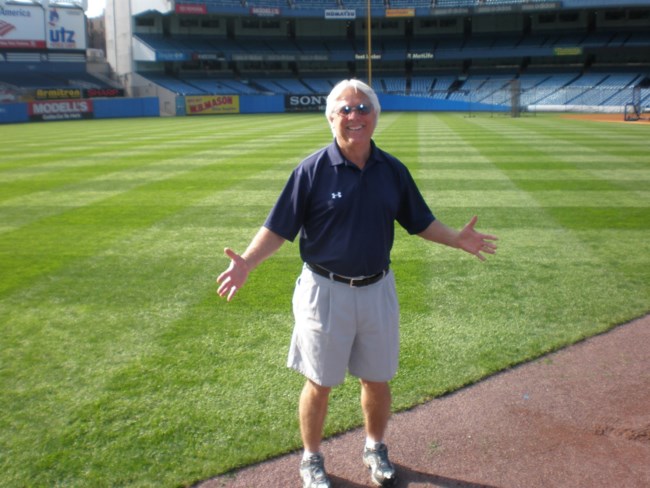 James “Jimmy” Riddle, 71, passed away suddenly at home in Roswell, GA on January 15, 2022. He was a beloved husband of 45 years, father, Pop-Pop, son, brother, uncle, coach, and friend. Jimmy was born in Kentucky and spent his early years in Tennessee before moving to Miami, FL in 4th grade. He graduated from Miami Norland Senior High School and attended Miami Dade College. He and his wife, Carrie, married in Miami in 1976 before moving to Roswell, GA in 1979. Jimmy’s personal mission, as he shared it, was to be a great father and build a loving family. He will best be remembered for his countless acts of service and the endless love he gave to his family and friends. He was the man that so many leaned on in times of crisis. He had a big heart, but beware if you crossed him or someone he loved! Jimmy also had a great sense of humor and was the man people wanted to celebrate with in times of joy. Jimmy touched the lives of so many people in big and small ways. He had a knack for helping people in the way they needed help. He was known for being honest, direct, compassionate, and caring. His legacy shines through in the love he shared with the people closest to him. Yankee legend, Yogi Berra, once remarked, “Love is the most important thing in the world, but baseball is pretty good, too." In addition to his family, Jimmy’s passion was baseball. He grew up listening to the New York Yankees games on the radio and was able to see many of the Yankee greats during spring training in Fort Lauderdale. Jimmy was an outstanding ballplayer. In his youth, he was a dominant pitcher and later developed into an exceptional second baseman and shortstop. He hit for a high batting average, and his speed made him a threat on the bases. In 1971, Jimmy was selected by the Washington Senators in the 3rd Round as the 50th overall pick of the Baseball Draft. Though his professional career was brief, Jimmy’s greatest impact through baseball came after his playing days. Known to so many in the community as “Coach Jimmy”, he shared his love for the sport as a volunteer baseball coach for 20+ seasons between Roswell Recreation, all-star teams, travel teams, and summer teams for Centennial High School. Jimmy was a mentor both on and off the field, and he developed life-long relationships with his players and their families. He also worked as an associate scout for the Kansas City Royals for two decades and assisted with summer camps for underserved players in the inner city. Jimmy raised two children as a stay-at-home dad while working in various aspects of real estate. Most notably he rehabilitated and sold Primrose Cottage, an historic property in downtown Roswell. Previously, Jimmy had owned and operated Travelers, a bar in Roswell. Jimmy never left room for question that his priorities were his family. He invested fully in their activities. He spent hours on the baseball field with his son, Jason, and attended every horse show and practice with his daughter, Jamie. Just as he built community around baseball, Jimmy developed loving friendships in the equestrian community through his involvement with Jamie. He was always there to lend a hand at Jaid Stables, founded by Jamie and her husband David. From working with county officials and contractors, to mowing 18 acres, Jimmy constantly took on new projects to make life easier for his loved ones. Jimmy loved playing golf. Whether by himself or with friends, his competitive spirit was always alive on the golf course. The joys of fatherhood came a second time for Jimmy with the birth of his first granddaughter, Layla, followed six years later by his second, Adelyn. “Pop-Pop” cherished the time he had with his girls. Jimmy’s focus on family and fatherhood also guided his charitable giving. Jimmy supported Murphy-Harpst, an organization committed to providing a safe and nurturing environment for abused and neglected children. Each year on Christmas Eve, Jimmy and Carrie travelled to Cedartown, GA to bring pizza dinner, and oftentimes presents, for the children to enjoy during a movie night. He is survived by his wife, Carrie; children, Jason (Annique) Riddle, and Jamie (David) Bice; granddaughters, Layla and Adelyn; step-father, Ed Wilson; brothers, Ron, Robin, and Rocky; in-laws Steve, Barb, and Doug, and numerous nieces and nephews. He was preceded in death by his mother, Juanita Wilson. A celebration of Jimmy’s life will be held at Mount Pisgah United Methodist Church in Johns Creek, GA, on Sunday, January 30, 2022 at 1:30pm ET. It is requested that all attendees wear masks. For guests unable to attend, a link to a video of the service will be made available upon request. In lieu of flowers, please consider a donation to Murphy-Harpst Children's Center at murphyharpst.org.
See more See Less

In Memory Of James Riddle