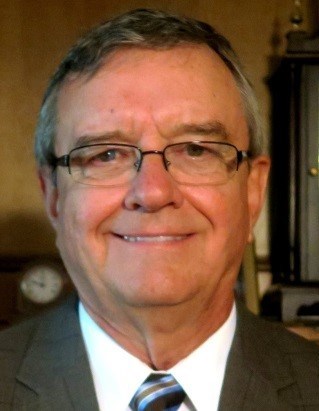 Jerry Joseph Colley, age 76, of Atlanta, passed away peacefully on February 17, 2021 from complications of leukemia. He was with his wife and older son. Mr. Colley was born May 12, 1944 in Atlanta, the fourth child of Van Buren and Hallie R. Colley. He attended high school at St. Pius X Catholic High School in Atlanta. He received his BBA in Accounting from Georgia State University (GSU) in 1966, his Master of Professional Accountancy from GSU in 1968, and his Master of Taxation from GSU in 1983. Mr. Colley was a member of Delta Sigma Pi, national business fraternity, Beta Gamma Sigma, national honorary business society, and Beta Alpha Psi, national honorary accounting society. Mr. Colley served in the Finance Corps of the U.S. Army from Feb. 1968 until honorably discharged from active duty in Nov. 1969, serving at Ft. Benning GA, Ft. Ord CA, and one year at US Army HQ in Long Binh, Vietnam. He worked for 2 years as a Senior Accountant for what is now Price Waterhouse Coopers in the Atlanta office. He worked for 3 ½ years as Secretary-Treasurer and CFO of a major real estate development company in Atlanta. He was founder and majority owner of Colley & Kise, CPAs, for 16 years, with offices in Stone Mountain, Tucker, and Duluth GA. Mr. Colley taught for many years as an adjunct instructor of accounting at DeKalb College (now GSU), Emory University, and taught taxation at Georgia State University. In 1984, Mr. Colley was a founder of the Bicycle Ride Across Georgia (BRAG) and a member of the Board of Directors. By 1990, he had become Ride Director and CEO of BRAG, leading it to become one of the premier cross-state bicycle rides in the nation. He started the BRAG Spring Tune-Up Ride, the Georgia BikeFest, and the BRAG Winter Ride. He led up to 2,600 people across the state of Georgia on bicycles for a week each June for 25 years. Mr. Colley was a founder of Bike Florida, another successful cross-state bicycle ride. He also led groups of cyclists to other rides in the U.S., including RAGBRAI, Bike Across Massachusetts, Cycle Across Maryland, Bike FL, C & O Canal, and Natchez Trace. Mr. Colley and his wife Gloria coordinated many international group bicycle rides including Mexico, Cuba, Costa Rica, France, Italy, Portugal, Spain, Turkey, Hungary, The Baltics, Sweden, and New Zealand. He also participated in hikes with the Atlanta Outdoor Club to Machu Picchu in Peru and across Bavaria in Germany. He and his family visited Brazil, Belize, Guatemala, Croatia, Montenegro, and Greece. During his career, Mr. Colley was a member of the National Bicycle Tour Directors Association (hosting the 1996 Convention), the 1996 Atlanta Paralympic Games (Chairman of the Sports Training Committee), Gwinnett Chamber of Commerce (Chairman of the Small Business Council and CEO Round Table), Habitat for Humanity (Chairman of the Gwinnett County Board of Advisors), Leadership Gwinnett, Young Working for Georgia Gubernatorial Campaign (Co-Treasurer), Max Cleland for Senate Campaign (Financial Advisor), Atlanta World War II Round Table (Founder and First Commander), Atlanta Civil War Round Table (President), Gwinnett County United Negro College Fund (Outstanding Leadership Award), Northlake Kiwanis Club (President), Central Night Shelter for the Homeless (Volunteer Trainer), and a member of the American Institute of CPAs, Georgia Society of CPAs, Southern Bicycle League, Atlanta Track Club, League of American Bicyclists, and the Atlanta Outdoor Club. Mr. Colley had a lifelong love of bicycling, jogging, walking, camping, hiking, photography, Spanish, Civil War and World War II history, genealogy, and listening to biographical books of successful leaders. Jerry J. Colley is survived by his wife of 51 years, Gloria Thomas Colley, and their two sons, Mark J. Colley of Cumming; Michael T. Colley and his wife, Luciana Lessa Rodrigues of Atlanta. Also surviving are a sister, Nanelle King and the late C.B. King of McDonough; sister, Mimiam Hunt and her husband, Bill Hunt of Doraville; brother, Eric V. Colley and his wife, GeAnne Colley of Benson North Carolina; sister-in-law, Patricia Thomas North and her husband, Jim North of Gainesville, FL and many beloved nieces, nephews, and cousins Visitation for Mr. Colley will take place at the Roswell Funeral Home, 950 Mansell Rd., Roswell, GA 30076 on February 24th from 4:00 to 6:00. The immediate family is asked to arrive at 3:00. The Mass for Mr. Colley will take place at St. Brendan’s Catholic Church, 4633 Shiloh Rd., Cumming GA, 30040 on February 25th at 11:00. Burial will take place at the GA National Cemetery, 1080 Scott Hudgens Drive, Canton, GA 30114 on March 10, 2021 @ 1:00 PM Below please find the link you will share with family and friends so they can view the funeral Mass on Thursday, February 25, 2021 from St. Brendan's . This link will work on any device that is connected to the internet. https://boxcast.tv/view/funeral-mass--private-aegrccvhjjpazsrarduf Once they click on the link, they will be asked to enter a password. The password is Colley . The livestream will begin at 10:50am and will end at 12:15pm. In lieu of flowers, donations may be made in memory of Jerry to the Central Night Shelter, located in Central Presbyterian Church. Mailing Address: 2107 N. Decatur Rd., Suite 479, Decatur GA 30033 or donate on line https://www.centralnightshelter.org or donations may be made to St. Brenden’s Catholic Church Food Pantry, 4633 Shiloh Rd., Cumming, GA 30040. Note on memo line: IHO Jerry Colley.
See more See Less

In Memory Of Jerry Joseph Colley