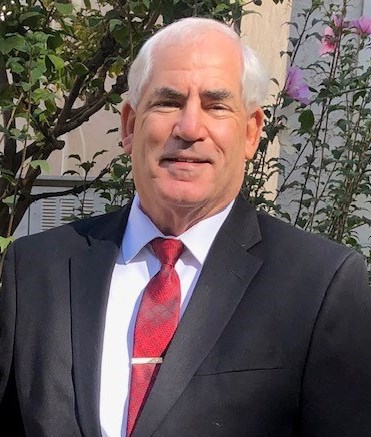 David Paul Farmer, Sr. was on born on April 10th, 1947 to Galen and Violet Farmer in Jacksonville, Florida. He entered into rest on August 6th, 2022. He is preceded in death by his loving wife Irene who welcomed him with open arms, his father Galen, his mother Violet and his 2 brothers, Gale Jr and James. Dave was a longtime resident of West Sacramento for over 60 years. He is survived by his 2 children Melissa (Joel) and David Jr. (Adriana), his 6 grandchildren: Alexis, Juliana, Avah, Adamaris, Dominic and Anthony, his sister in laws Lori Farmer, Kathy Farmer, Blanche Carreon (Ray) brother in laws John Tenorio (Cecelia) Albert Tenorio, Jr. (Stacy), his nephews David, James (Kayla), and nieces Sharon and Stacy along with great nieces and nephews, Joshua, Skyla, Galen, Julia, Nate, Dan, Max, Jordan, Brayden, Brianna, Deborah (Darren), Christopher (Bobbi), Lisa, Alexander, Kristiana, and Great Great nieces and nephews Blake, Celeste, Branden and Camille. He is also survived by many friends and extended family. Dave attended James Marshall High School in West Sacramento and graduated in 1966. In 1967 he enlisted and proudly served in the United States Army for 3 years as a helicopter crew chief and mechanic. Dave received the Air Medal with Valor, the Vietnam Campaign Medal and the National Defense and Good Conduct medals. He made it home safely and was honorable discharged from the Army in February, 1970. Shortly after being discharged from the military, Mr. Farmer attended Sacramento City College and received an Associate Degree. He continued his education at Sacramento State University where he earned a Bachelors Degree in criminal justice. During his college days he worked as a gas station attendant and later accepted a job offer with the Yolo County Sheriffs Department. In 1971 Dave married the love of his life, Irene Tenorio who herself was a longtime West Sacramento resident. After a few years with the Yolo County Sheriffs Department, Dave worked for the Sacramento Police Department and The California State Lottery. In 1987 Mr. Farmer was hired as one of the first police officers at the newly incorporated city of West Sacramento. His initial duties under the supervision of Officer Ron Moore were to create a new police force. This is where he would begin and end his career. He served as a patrol officer, detective, Sergeant, and then promoted to Lieutenant. During his time as a police officer, he would often go to schools to talk to the kids and is known to this day as Officer Farmer. Dave finally decided to retire in 2007 to spend time with his family, friends and to travel. Mexico and Disneyland were a few of his favorite places. He loved baseball and he and Irene enjoyed traveling to Arizona for spring training. He also loved attending the Sacramento River Cats where he was a season ticket holder. Mr. Farmer also served on the Washington United School board for 4 years, was President of the West Sacramento Little League and was a coach to many kids. Dave was a man who loved his family, friends, life, and his dog Daisy. He was a true legacy in West Sacramento and will be missed greatly. A recitation of the holy rosary for David will be held Monday, August 22, 2022 at 5:00 PM at Harry A. Nauman & Son, 4041 Freeport Blvd, Sacramento, CA 95822. A mass of christian burial will occur Tuesday, August 23, 2022 at 10:00 AM at St. Francis of Assisi Parish, 1066 26th Street, Sacramento, CA 95816. A committal service will occur Tuesday, August 23, 2022 at 12:00 PM at St Mary Cemetery, 6700 21st Avenue, Sacramento, CA 95820. Fond memories and expressions of sympathy may be shared at www.harryanauman.com for the Farmer family.
See more See Less