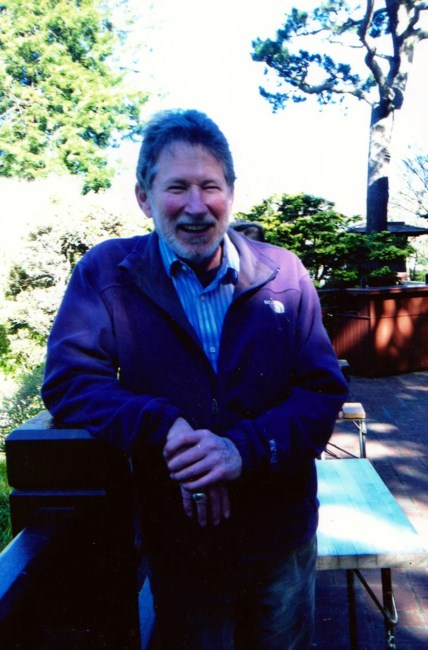 David Marty Goldstein passed away in San Francisco on June 27 at the age of 73 after an eight month battle with lung cancer.

He was born in Sacramento California on March 12,1943, the oldest child of Frank and Blanche Goldstein. As an infant, he and his mother lived on Navy bases on the East Coast in order to be close to his father who was a communications officer in the U.S. Navy.

He was raised in Sacramento, California where he attended Sacramento public schools. He received a BA in history from the University of California, Berkeley in 1965 and a law degree from the University of San Francisco in 1968. He was a member of the Sacramento Public Defender's Office from 1969 to 1973. In 1973, he moved from Sacramento to his eventual lifelong home, the Marina neighborhood of San Francisco. While in San Francisco, David was known for his commitment to and tenacity for his clients. He was involved in numerous high profile cases, including his defense of one member of the "Billionaire Boys Club," later recounted by a TV movie.

His dogged defense work brought him praise, including the 1997 Dennis Woodman Award of the San Mateo County Bar Association. The award honored him as "the Private Defender who, heedless of opposition and with ceaseless determination, fights for those whose liberty or lives, are in peril." His devotion to justice did not stop there. He mentored young attorneys in the San Francisco Public Defender's Office, as well as teaching in the San Francisco State Paralegal Studies Program where he is belovedly remembered by several generations of students.

During his life in San Francisco, living in the Marina, he became affectionately known as “The Mayor of Chestnut Street”; he enjoyed taking walks down Chestnut Street, greeting neighbors and local restaurateurs, and eating at the many of the establishments. One could not walk down Chestnut with David without meeting at least three people that knew him. He however didn't just stick to his own neighborhood, he enjoyed walking all over San Francisco. In his frequent travels--trips to New York City, Paris, Baku, Beijing, Louisville and many more--he always enjoyed touring by foot.

David was known for his dry sense of humor, his intellect, interests in the WWII era and American history, film, and theatre. He was an avid reader, traveler, and sports fan: the Giants, the 49ers and of course CAL Bears football and basketball, as well as a devotee of good food and drink: most often a Maker's Mark on the rocks.

He will be incredibly missed by his many friends in the Bay Area and Sacramento, and by his family. He is survived by his sister, Laurie Wood, of Sacramento; his brother, Michael Goldstein, of Potomac, Maryland; his niece, Hannah Wood, of New York City; and his nephew, Andrew Goldstein, of Manhattan Beach, California.

Contributions in his memory should be sent to HIAS (Hebrew Immigrant Aid Society), The Service League of San Mateo County, as well as Healthright360.

In Memory Of David Marty Goldstein