Celebrations of Life will be held in Idaho in Summer 2022. 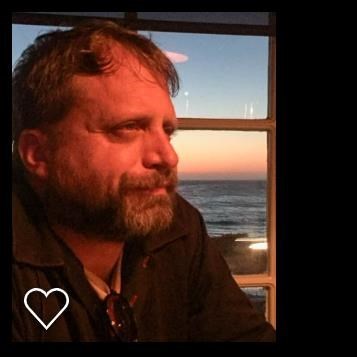 Ryan Harrington von Lindern passed away unexpectedly at the Sacramento home he shared with his beloved partner Nicola Hynes on December 20, 2021. Ryan was born on April 6, 1970 to Paula (Matovich) and Ian von Lindern in Pittsburgh, Pennsylvania, the first grandchild of Paul and Ann (Vuletta) Matovich of Biddle, Pennsylvania and Warren and Audrey (Fowler) von Lindern of Buhl, Idaho. Ryan had a challenging childhood, enduring five years of radiation, chemotherapy and numerous surgeries to become the first survivor of a rare pediatric cancer through the heroic efforts of the best oncologists and surgeons at the Yale-New Haven Cancer Center in Connecticut. Throughout the ordeal he remained engaged and enthusiastic, sharing his scars and experiences with his tiny friends at his eclectic cooperative daycare. He was a precocious child, able to carry on adult conversations from an early age as he evolved through Montessori, St George Academy and other progressive elementary schools, and as a video-game wizard at his grandmother’s Rusty Nail Pizza Parlor during his summers in Idaho. He graduated from Moscow, Idaho High School with conspicuously low GPAs and remarkedly high test scores, a pattern that persisted through B.A. Psychology and B.S. Chemistry degrees from the University of South Florida, an M.S. in Medical Sciences (Cancer Biology) from the M.D. Anderson Medical School at the University of Texas, and a J.D. Law degree from George Washington University. He was licensed to practice law in Maryland and California. His resume cites Excellent Interpersonal Skills and Ability to Work With People Across Diverse Cultural and Socioeconomic Backgrounds. He made friends easily and had an uncanny ability to commiserate. Among his peers he preferred the company of those confronting social and emotional challenges to those aspiring to traditional careers. He inherited his father’s passion for justice and his mother’s tenacity, as reflected in his work history. He worked as a Forensic Chemist in the Hillsborough County Florida Medical Examiner’s Office, taught physiology and anatomy to aspiring LPNs at three community colleges in Texas, conducted cancer research in medical school, studied Human Rights Law at Oxford University, worked in a Public Defender’s Office in Las Vegas and had a solo law practice that all shaped his career attitudes. He had a general disdain for the unfairness and hypocrisy of medical-pharmaceutical institutions and the justice system but remained passionate in caring for the less fortunate. Ryan had a unique, endearing sense of humor and an uncanny memory. He enjoyed good food, cooking, annoying music and travel, often subjecting passengers to endless miles of heavy metal, driving for a fabled burger, taco or lobster roll. He built classic bicycles and electronic systems and loved cats and dogs. He clutched a cherished matchbox Batman car to his chest through his entire childhood convalescence, wore the same Cookie Monster and AC/DC T-shirts for decades, and relished a good argument. Ryan was previously married to Jana Pasini and Deborah Cunningham and had two step-children, Dean and Jessie Cunningham with whom he maintained strong ties. He is survived by two grandmothers, Audrey von Lindern and Maria von Braun, his mother, Paula von Lindern, and bonus father, Basil Katsaros, Denver, Colorado and his father, Ian von Lindern, and Margrit von Braun, Moscow, Idaho, Nicola Hynes and family, Jessie Cunningham and family, many aunts, uncles, cousins and friends, and his and Nicola’s brilliant cat, Phil(berto Gonzalez Vonhynes). He was preceded in death by his paternal grandfather, maternal grandparents and Dean Cunningham. A private service held in Sacramento, will be followed by celebrations of life in Idaho this summer. In lieu of flowers, donations may be made to TerraGraphics International Foundation for the Ryan von Lindern Legacy to benefit of victims of childhood disease at https://www.terragraphicsinternational.org/donate (please identify RYAN as a dedicated gift), Doctors without Borders/Médecins Sans Frontières https://www.msf.org/donate, or the Yale-New Haven Cancer Center https://www.yalecancercenter.org/gifts/.
See more See Less