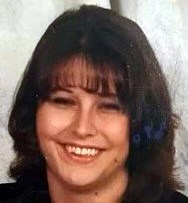 Amanda Yvonne Hicks, 44, of Nitro WV, passed away May 1, 2022 at Charleston Hubbard Hospice House after a long battle with cancer. Mandy graduated at the top of her class from Sissonville High School; then later attended West Virginia State College where she continually made the dean’s list. She worked as a manager at a Third Party Logistics Company. She was a loving mother, grandmother and a loyal friend. Mandy could always be found with a smile on her face and singing her favorite karaoke tune. Preceding her in death were her mother and father Jerry and Carol Hicks, Grandparents Erma and Jack Dunbar, John Hicks, Aunt Jane Anderson, Uncle Geoffrey Koontz, and cousin Andrew Campbell. She is survived by her Grandmother Trilba Hicks of Charleston WV, long term boyfriend Mark Bucklen, Son Jordan Hicks (Kirsten) of Nitro WV, Daughters Miranda Hicks (Savon) of Nitro WV, Lauren Hicks (Dayqawn) of Charleston WV. Brothers Jerry Hicks II (Alisa) of Morgantown WV, Matthew Hicks (Ashley) of Tampa Florida, Sister Laura Henderson (Chris) of Winfield, WV, Grandbabies Ronan and Johnsy Hicks, Jerry and Ja’Khari Walker, and Jakobe White. Nieces Kelsey Decker (Aric) Pocatello Id, Marissa Hicks of Nitro WV, Christa Browning of Morgantown WV, several aunts, uncles and many cousins and friends. Funeral Services will be held Saturday May 7, 2022 at Casdorph & Curry 110 B St, Saint Albans WV 25177 from 10am-12pm. Funeral service will begin at noon. Family and Friends will be gathering at her grandmother Trilba’s house immediately after for dinner. Online condolences can be sent to the family at www.casdorphandcurry.com
See more See Less

In Memory Of Amanda Yvonne Hicks