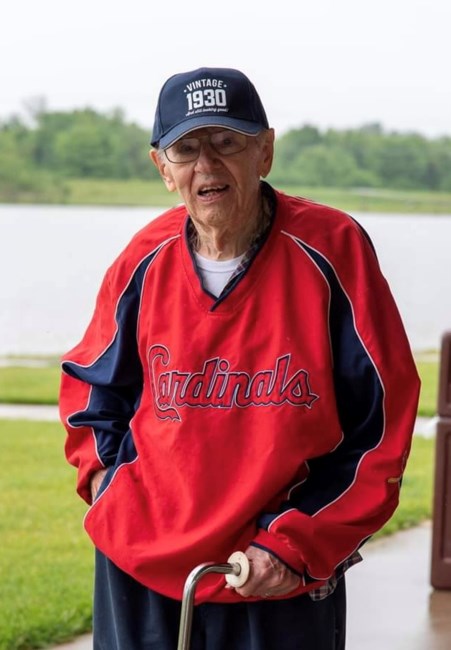 Joel William Budde, age 92, of St. Charles, Missouri passed away on Wednesday, August 3, 2022. Joel was born February 26, 1930 to Lydia Budde (nee Heuer) and Joseph V. Budde. Joel is survived by his children, David Budde, Brenda Cannon (Tim), Beth Goodwin (Bob), and Beverly Budde; his grandchildren, Sara Mauer (Dion), Lisa West (Nick) and Michael Goodwin (Jessi). He is also survived by his great-grandchildren, Clayton, Aurora, Kenzie, Willow, Zoey, and Robin. Joel was preceded in death by his wife Barbara E. Budde(nee Erlewine) and his parents Joseph V. Budde and Lydia Budde. Joel was a proud Army veteran who enjoyed gardening, woodworking, and St. Louis Cardinals baseball. He was a life-long member of Overland Christian Church. He was a caring husband, father, and grandfather and will be greatly missed. A public visitation for Joel will be held Wednesday, August 10, 2022 from 5:00 PM to 6:00 PM at Alexander - White - Mullen Funeral Home, 11101 Saint Charles Rock Road, St. Ann, MO 63074. A funeral service will occur Thursday, August 11, 2022 at 10:30 AM, at the funeral home with a committal service to follow at Jefferson Barracks National Cemetery 2900 Sheridan Rd. St. Louis, MO 63125. In lieu of flowers donations can be made to a charity of your choice in Joel's honor. Fond memories and expressions of sympathy may be shared at www.alexanderstlouis.com for the Budde family.
See more See Less

In Memory Of Joel William Budde