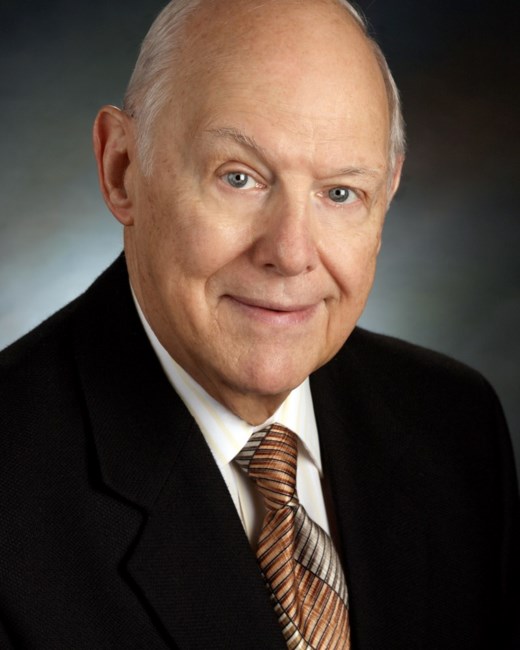 Bernard C. Brinker Passed away fortified with the sacraments of the Catholic Church on Sunday, February 21, 2021 at age 89. Devoted husband of Jane Darrah Brinker for 65 years. Dear father of Jeffrey (Tanja) Brinker and Lynne Brinker. Loving grandfather (papa) of Haley and Reese Brinker. He attended St. Anthony of Padua grade school, CBC high school and Washington University where he received an A.B. degree in 1953 and a J.D. degree in 1955. In that same year he was licensed to practice law in Missouri and the United States District court. Among the skilled partners with whom he worked was his close colleague and friend, John Doyen, his partner for 40+ years. While engaged in all types of civil litigation, he concentrated his expertise in defense, trying and settling hundreds of cases. In later years, he focused on mediation. His trial skills were recognized by his receipt of the Lon O. Hocker Trial Lawyer’s Award in 1965, given annually by the Missouri Bar Foundation for outstanding trial advocacy for lawyers under 40. The award acknowledges professional competency, integrity, courtesy, and meticulous preparation in the pursuit of the truth. In 1989 he was inducted as a fellow of the American College of Trial Lawyers, extended by invitation only after careful investigation of experienced trial lawyers who have mastered the art of advocacy and whose careers have been marked by the highest standards of ethical conduct. Membership is limited to 1% of the total lawyer population of any state. Bern was a mentor and role model for many attorneys and known for his quick wit, kindness and civility. He thoroughly enjoyed sports, reading, as well as ushering at Our Lady of the Pillar. He could be found on a handball court often, attending professional sporting events with family and he and Jane were fixtures at their granddaughters’ soccer and basketball games, recitals and theatrical events. Bern also loved learning, taking Lifelong Learning Institute classes at Washington University following retirement. He introduced his grandchildren to “edutainment” – no holiday dinner was complete without engaging, wind-up toys and games, delighting all. And he read everything from Paradise Lost and Dylan Thomas to the Dead Sea Scrolls and the latest Grisham novel. His love of all types of music influenced his kids, introducing them to the Beatles and Jimi Hendrix as well as Etta James and Tony Bennett. Thank you to McKnight Place Extended Care and Eileen McCarthy and her private duty staff for all of their support. We miss you Dad. Service and burial are private. In lieu of flowers, donations suggested to Our Lady of The Pillar Catholic Church.
See more See Less

In Memory Of Bernard C. Brinker