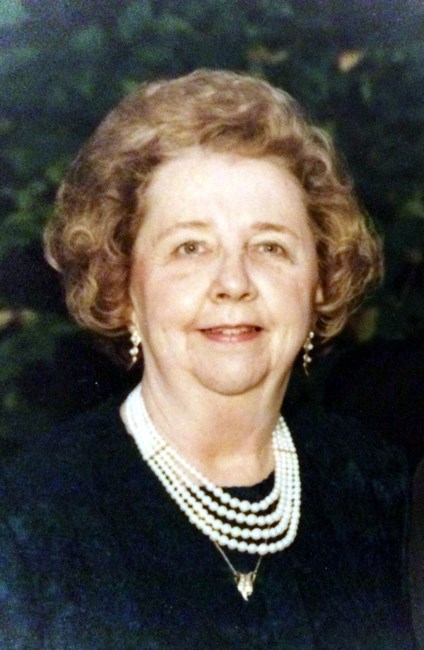 On June 21, 1927, Mary Frances King was born in St. Louis, MO to John Francis “Frank” King and Julie King (nee Wren). Three months after giving birth to Mary Frances, Julie King died of complications from childbirth. Mary Frances King never knew her mother. Consequently, she was raised by her father, Frank; her two aunts, Ellen and Agnes King; and her two uncles, Rich and Joe King. The King family lived in a home on Highland Avenue in North St. Louis in Blessed Sacrament Parish. Like most Irish-Catholic families in the depression, the King family was very poor and had very little money. Mary Frances attended Blessed Sacrament Grade School where she graduated from 8th grade in 1941. Because of her excellent academic record in grade school, Mary Frances received a generous financial scholarship to Incarnate Word Academy in North St. Louis County. Without this scholarship, she would not have been able to attend Incarnate Word Academy. After four years, Mary Frances graduated from Incarnate Word with high honors and at the top of her class. In light of her stellar academic record in high school, Mary Frances was awarded a very generous scholarship to Webster College (now University) then run by the Sisters of Loretto. In 1949, Miss King graduated from Webster College with a B.A. in Latin and Spanish—Summa cum Laude. She also did graduate work at St. Louis University and the Aquinas Institute of Theology. In February of 1952, Mary Frances King married the love of her life, John Joseph “Jack” Horgan, a recent graduate of St. Louis University Law School. This happy, loving union of marriage lasted for 49 years until Jack’s death in January of 2001. Together, Jack and Mary Fran raised five children: John Joseph, Jr., Mary Gerard, Paul Francis, Patrick James, and Thomas More; all of St. Louis. Mrs. Horgan has nine adult grandchildren of whom she is very proud. Mary Fran was a lifelong educator who taught at Nerinx Hall, St. Louis Public Schools, Clayton Public Schools, Cor Jesu Academy, and John F. Kennedy High School. While she was a proud graduate of Incarnate Word Academy, she became particularly close and fond of the Cor Jesu community for whom she taught for about 20 years. She loved taking the CJA girls to Spain, Italy and Greece in alternating years each summer and chaperoning them with her beloved husband. In addition to her passion for her family and education, Mary Fran became a tireless advocate for the civil rights of unborn children beginning in the mid-40’s (when Cardinal Carberry asked her to help lead the Archdiocesan Pro Life Committed in 1973), and continuing to her last breath on this earth. She even co-led the pro-life, and pro-family Missouri Delegation to the landmark International Women’s Year Conference (IWY) in Houston, TX, (including addressing the entire assembly) established by then President Jimmy Carter and Chaired by Congresswoman Bella Abzug (D-NY). Mary Fran’s well hobbies were “talking politics and religion” with anyone and everyone, usually while having a scotch with the Cardinals game on in the background. Donations in her name may be made to Birthright, Our Lady’s Inn, St. Vincent de Paul, Cor Jesu Academy
See more See Less

In Memory Of Mary Frances Horgan