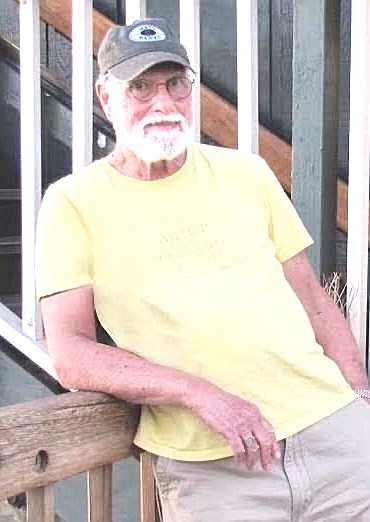 Michael S. Kramer, 83, a loving husband, family member and friend, passed away peacefully at his home in Webster Groves, Mo., Friday, March 25, after a long decline in health. His adored wife, Susan (Totterer) Lombardo Kramer; his beloved dog, Abby; his closest friends; and his devoted caregivers surrounded him in love and prayer. Born Feb. 24, 1939, in St. Louis, Mo., to Max and Rose (Gleitman) Kramer, Michael had two siblings, the late Marshall Kramer (Judi Kramer) and the late Cynthia Kramer Sandler (Alan Sandler). He was an uncle and cousin. Michael was a family therapist, counselor, professor, management consultant, seeker, and a friend to countless people in recovery for 32 years. He was a Benedictine Oblate at St. Louis Abbey. Michael was a spiritual man who lived his deep faith in God. He was a practitioner of meditative prayer . He has been reunited with his beloved Abbot Patrick Barry, OSB - certainly one of the most influential people in his life. You couldn’t know Michael and not know Abbot Patrick whom he spoke of often. Michael called himself a “Jewish Catholic”, as he deeply revered his Jewish roots and continued to pray his Jewish prayers along with his Catholic prayers daily. He lived a colorful life; living in a Lafayette Square commune in his early years and the Central West End most of the rest of his life until settling down in Webster Groves with Susan after they met at the Cathedral Basilica and married in 2006. He was a patron of the arts and could be seen around town at the symphony, Opera Theater, The Loretta Hilton and Cathedral Concerts. He spent some time teaching at Northern Arizona University and became interested in the spiritual practices of the Navajo Indians. He returned to St. Louis and continued to teach, bringing the Grateful Dead to Meramec Community College for a Spring dance in 1969 as a faculty advisor. He could often be found at Duff’s in the CWE with good friends in the 70’s. He will be missed. He brought so much love to so many people’s lives. Rest now, Michael. A funeral mass will be held at 2 p.m. Saturday, April 9, at St. Louis Abbey Church, 500 South Mason Road, Creve Coeur, Mo. 63141 Immediately following will be a visitation at the Switzer House on the St. Louis Abbey campus at 3:15 p.m. Interment will be private. In lieu of flowers, memorial donations may be made to Contemplative Outreach of St. Louis, 514 East Argonne Drive, Kirkwood, MO 63122, http://centeringprayerstl.org/; The Lindell Club 4522 Lindell Blvd, St. Louis, MO 63108, lindellclub.org; or a charity of your choice. Fond memories and expressions of sympathy may be shared at www.kriegshausermortuary.com for the Kramer family.
See more See Less

In Memory Of Michael S. Kramer

A Reception for Michael