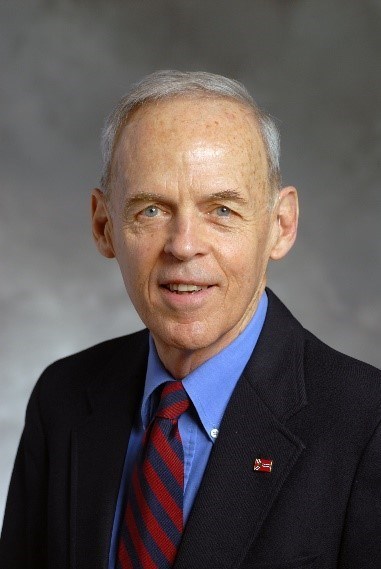 P. Wayne Goode Longtime Missouri legislator P. Wayne Goode died at age 83 on Sat., Oct. 3, of leukemia. His vision of public service energized him to serve 42 years in the Missouri House (1963-1984) and Senate (1984-2005), first running for office at age 25. He positively affected millions of Missourians through his advocacy of education, the environment, health care, consumer protection, and community improvement. In his first term, he sponsored the legislation allowing the establishment of the University of Missouri—St. Louis. Wayne was tireless in cultivating lasting friendships with legislators in both parties and modeling the art of compromise for the public good, leading to bipartisan legislation that stands today. Wayne continued to serve the public welfare through long-term leadership on the boards of the Missouri Historical Society, Great Rivers Environmental Law Center, the L-A-D Foundation, Trailnet, Missouri Foundation for Health, and many others. He proudly served on the University of Missouri Board of Curators (2009-2014). In 2019, his dedication to the people of Missouri was recognized with the Thomas Jefferson Award from the Missouri Historical Society. Wayne’s energy and love of the outdoors led him to a life of floating the Ozark rivers, hiking throughout Missouri and the western United States, and bicycling with his wife and friends through Europe. Son of the late Peter W. and Helen (McManus) Goode, he is survived by his beloved wife of 57 years, Jane (Bell) Goode; their children, Peter W. Goode III (Jeannette), Webster Groves, and Jennie Goode (Kristin Pula), Seattle, and grandchildren Alexander Peter Goode and Carolyn Rose Goode, Webster Groves; his sisters, Linda (Goode) Wilson (George), Town & Country, and Nora (Goode) Casey, Chesterfield; sister-in-law Jackie (Bell) Wilhelm (the late Kenneth), Lakeland, Fla.; and many loving nieces and nephews. Wayne’s family is grateful to his dedicated doctor and the Siteman oncology team for their compassionate and skillful care. In lieu of flowers, the family suggests donations to Great Rivers Environmental Law Center and the Missouri Historical Society. A private burial service will be held at Bellefontaine Cemetery. A public memorial celebration is planned for 2021.
See more See Less

In Memory Of Wayne Goode