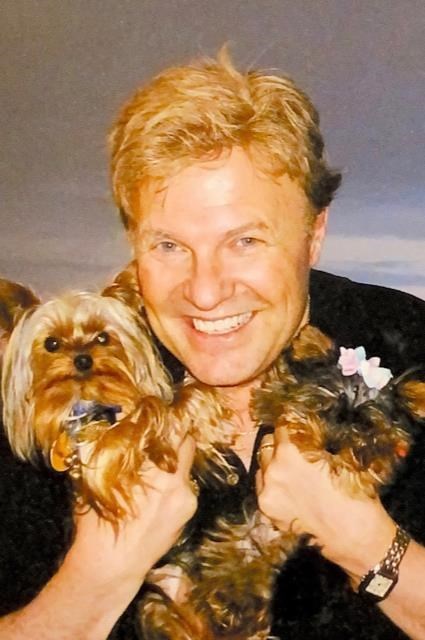 With heavy hearts, we are sad to announce the passing of Marc “Alex” Gediman after a 20-month battle with cancer. He fought with courage, strength, and dignity, but finally succumbed to the disease on January 21, 2023, with his beloved wife Diana Swan Gediman by his side. Alex was preceded in death by his parents Lester and Simone Gediman. In addition to wife Diana, he left behind his brother Dan Gediman and sister-in-law Mary Jo Gediman, his brother and sister-in-law H.F. and Valerie Swan, along with nieces and nephews Maggie Gediman, Ben Gediman, Oliver Swan, and Antonia Swan. Alex was truly a renaissance man—owner of a successful software and web development company, as well as a talented singer, songwriter, and accomplished stage performer. Alex pursued a career in music early on, performing with a series of bands in the Boston area, including Alex Space and the Orbits and Future City, and releasing several records. Alex's musical career was profiled in a feature story on public radio’s “This American Life” series that has become a fan favorite over the years. His family is thankful for all the wonderful care that Alex got from the staff of the Mass General Cancer Center from Care Dimensions Hospice. Burial will be private. In lieu of flowers, donations can be made to the Head and Neck Cancer program at Mass General or a charity of your choice. To learn more about Alex’s life, please visit alexgediman.org
See more See Less

In Memory Of Marc "Alex" Gediman