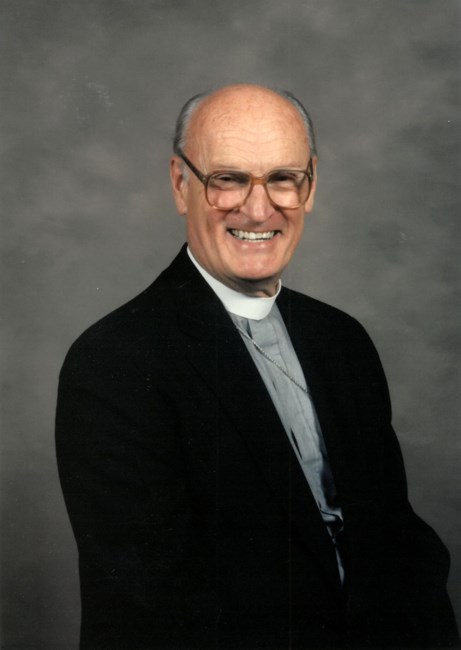 Elvin Emanuel Bjork was born in Yakima, Washington, on January 12, 1925, to Eric and Ruth Bjork. He died at his home at Capital Manor in Salem, Oregon, on May 3, 2022, at the age of 97. Elvin grew up on his family’s apple orchard in Selah, Washington, along with his younger sister Amy. He attended Selah High School, where he lettered in tennis and basketball, and graduated Valedictorian in 1943. Elvin served in the U.S. Army, WWII (1944-46). He was stationed in England, France and Germany, where he was present at the War Crimes Trials in Nuremberg. Following honorable discharge, he enrolled at the University of Washington, where he graduated with a Bachelor’s degree in Economics and Business. Elvin was working as a CPA when met Mary Alice Olson at St. James Lutheran Church in Portland, Oregon. He often spoke of looking up to the choir loft and seeing the prettiest girl he had ever seen. They were married there on June 1, 1957, and were looking forward to celebrating their 65th wedding anniversary next month. Elvin attended Pacific Lutheran Theological Seminary in Berkeley, California, and graduated with a Master of Divinity degree. He was ordained on June 25, 1961. He served as a Mission Developer in Federal Way, Washington, and as Pastor at All Saints Lutheran Church in Federal Way (1962-66), King of Glory Lutheran Church in Boise, Idaho (1966-1975), and Lutheran Church of the Good Shepherd in Salem, Oregon (1975-1991). Following his retirement, he continued to work in the church as a Business Administrator and Visitation Pastor at Saint Mark Lutheran Church in Salem. Elvin was dearly loved by his family and devoted to the church and his Lord and Savior Jesus Christ. He loved traveling, the arts, and was an avid reader. He was the family man dreams are made of. He is survived by his wife, Mary Alice Bjork, daughter Mary Frances Bjork, son Chris Bjork, grandson Peter Rohling (Heather), granddaughter Maja Rohling, and great granddaughter Ellie. All of Salem. He was preceded in death by his parents and sister, Amy Harris of Sacramento, California. A funeral service will be held at Saint Mark Lutheran Church, Salem, Oregon on Saturday, May 21, 2022, at 1:00 pm. Private interment at City View Cemetery will follow. In lieu of flowers, memorials may be given to Saint Mark Lutheran Church.
See more See Less

In Memory Of Elvin Emanuel Bjork