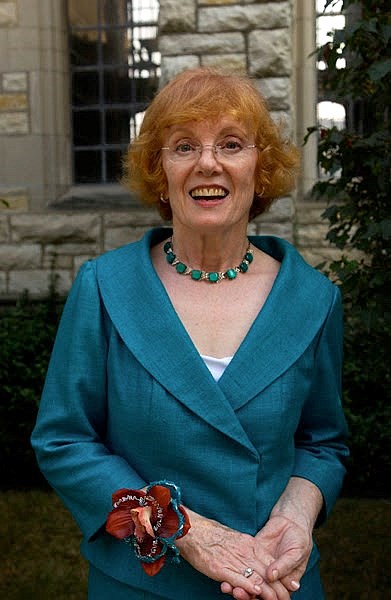 Frances F. Brantley, age 85, of Eugene, Oregon died early in the morning of Wednesday, October 6, 2021. Frances was born in Oklahoma City, Oklahoma on April 20, 1936 to Robert and Ruth (Brock) Fletcher. She was the second of four daughters. During childhood, her family moved back to Louisiana, where her parents had been raised, living in Opelousas and New Orleans before settling in Natchitoches. A dedicated student, Frannie graduated from Natchitoches High School as the Salutatorian of the Class of 1954. After high school, she attended Baylor University, where she majored in History, Drama, and Education. She remained interested and involved in these subjects her whole life. In 1956, the independent young Frances set out on her own to live in Chicago and work as a stewardess (flight attendant) for American Airlines. After this adventure, she returned to school, finished her degree, and became an elementary school teacher. Frances married Baylor classmate Terry Bennett in 1959. Early in their marriage, she taught second grade in Georgia. Frances welcomed her first child, Amy Elizabeth, in 1962. She divorced Terry in 1964 and moved to Dallas, where she returned to teaching. On the advice of a mutual friend, she reconnected with former Baylor classmate Dan Brantley. Sparks flew, and they married in April of 1966. The family moved to Iowa City in the summer of 1968 for Dan to pursue graduate studies at the University of Iowa. In December of that year, their son John Stephen was born. This was an extra-joyful event for the family, as Frances and Dan had lost a baby the year before. While working toward a master's degree in Student Development and bringing daughter Alison Corbitt into the world, Frances also headed a team of test developers at Westinghouse Learning Corporation, one of the pioneer firms for objective-referenced computer-scored tests. She also volunteered her time as a counselor at the Crisis Center, helping community members with emotional and practical needs. In 1977, Frances, Dan, and family moved to Illinois, where she got a job counseling women inmates at the Dwight Correctional Center. Soon after, she began a 26-year career at William Rainey Harper College as an Academic Advisor, Student Counselor, and Professor. She was cherished and respected by her colleagues for her skills, passion, and unquenchable curiosity. Frances loved her students and was committed to helping them find their paths in education as well as life. She was energized by working with young people, and enjoyed leading the Distinguished Scholars program at Harper, which involved creating a community and organizing academic and cultural enrichment opportunities for high-achieving students. She took great advantage of the rich cultural life in Chicago, professionally and personally. She and Dan often took their three children to museums, concerts and plays in the city. Frances remained an active member of the annuitants' chapter of her faculty union even after she retired in 2004. In retirement, she and Dan continued to avidly support the arts, in Chicago and beyond. They took numerous trips around the country and Europe to chase culture, as well as visit friends and family. Frances and Dan both sang with various choral groups over the years, and were long-time members of the St. Simon’s Episcopal Church choir. Frances was an enthusiastic part of many groups: the Steel Magnolias, a flock of high school friends who, after decades apart, began meeting yearly for annual trips; her graduate school circle; her close-knit Harper crew; her PEO sisters, dedicated to educating women; the St. Simon’s choir and congregation; the warm Walnut Street neighbors…the list goes on and on. Her presence and contributions were dearly missed when she and Dan moved to Eugene, Oregon. Frannie was preceded in death by her parents and her sister Helen. She is survived by her sisters Judy (Rick) and Bobbie (Bill), her beloved husband Dan, her children and their families: Amy (Eric), Stephen (Elizabeth, and children Beatrix and Harper), and Alison (Joe, and children Tycho, Lyra and Natasha). She also had many treasured cousins, nieces and nephews, and grand-nieces and -nephews, as well as the friends, colleagues and neighbors who became family. She is buried in a picturesque spot in Mt. Calvary Cemetery, in the south hills of Eugene. A Celebration of Life will be held on Saturday, March 19, 2022 at 1:00 p.m. CST at St. Simon’s Episcopal Church, 717 West Kirchhoff Road, Arlington Heights, Illinois, with a Reception to follow at Pioneer Park, 500 S. Fernandez Avenue, Arlington Heights, Illinois. In honor of Frances, the family asks that any charitable donations be made to the Southern Poverty Law Center and/or Episcopal Relief and Development. Fond memories and expressions of sympathy may be shared for the Brantley family at www.hed-fh.com.
See more See Less

In Memory Of Frances F. Brantley