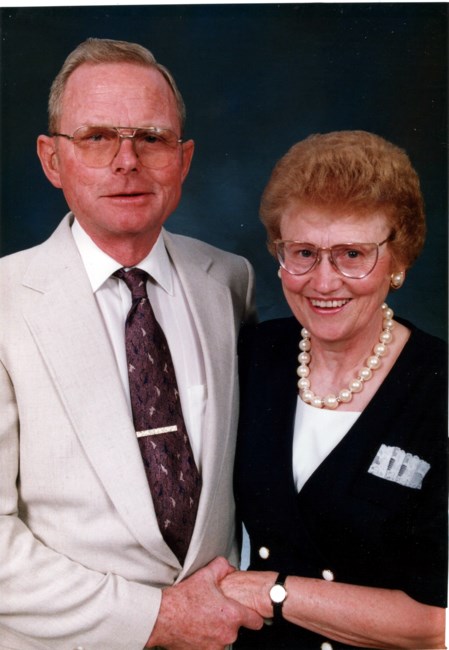 Mary L (Bushman) Farster 12/14/1928 - 9/18/2022 Mary passed away on September 18, 2022 in Salem, OR, where she has lived since mid 2017 after her husband Bruce Farster passed away. Mary is survived by Daniel Farster her son,Pauline Price wife of Daniel, Pamela Farster, her daughter, and Pamela’s husband, David C. Clark, four grandchildren, Meredith Farster, Nathaniel Clark, Benjamin Farster, and Justin Clark; four great grandchildren, Amelia(Quint) Johnson, Natalie Johnson, Owen Farster and Samuel Farster, her surviving siblings, Hazel Gonzales, Dorothy Hughes, Erma Hough and Robert Bushman, plus numerous nieces and nephews and their children. Mary was born in Edgemont, SD, on December 14, 1928, where she lived with her parents, Fred and Alice Bushman and her five sisters and one brother. They all moved to Burns in 1944 and Mary graduated from Burns Union High School in 1946. She met Bruce Farster after he returned from serving with the US Marine Corp during WWII. They married in 1947, and bought their first house on E Hanley in Hines - a Hines Mill house. In 1953 they bought a lot from Bruce’s father at 104 S. Roanoke and had a new house built. Bruce grew up in the house next to the lot. They lived in this house until 2016, when they moved into the The Aspens Assisted Living facility in Hines. For many years Mary worked at the Land & Title office as a way to help put Dan and Pam through college. She was also very active with the Sylvia Rebecca Lodge in Burns and did volunteer activities, to include reading to kindergarten students at the Hines school. Mary was cremated and her ashes placed with her husband’s ashes at the Willamette National Cemetery in Portland, OR. There is a headstone for Bruce and Mary at the Burns Cemetery in Burns, Oregon. With love from all of her family and friends. Any donations should go to the Alzheimer’s Association.
See more See Less