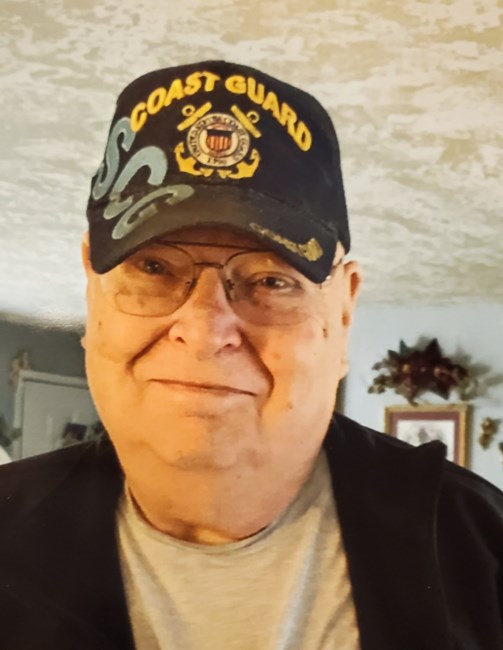 Michael Kenneth Kingsbury passed away on Wednesday July 27th, 2022, from complications from a previous stroke. He was born in Portland, Oregon on September 22nd, 1944 to Mel and June Kingsbury. Mike moved around a lot as a small child. He lived on a houseboat as a toddler. At the age of six, his mother took him to see the Spruce Goose fly for the one and only time in San Francisco Bay while living in California. As an adult, he was a very active community service leader. He finished high school while living at the firehouse in Clackamas, Oregon. After graduating, he joined the Coast Guard for four years. After being discharged, he immediately joined the National Guard Reserves where he retired as a Captain in 1984. While in the Coast Guard, Mike married Meachell Arzner Metzen and had three children Kris, Karl, and Kerry. They lived in Sweet Home as a young family until Meachell passed away from cancer. Mike then married Char Wafford (Upton) on August 7th, 1981, before relocating to Salem Oregon. Together they have one daughter, Sharisa Jami-Lynn Kingsbury Tobiassen. Mike and Char remained in Salem for 40 years. They enjoyed traveling together, especially taking unplanned road trips, as Mike loved to drive. They have journeyed to Reno, Las Vegas, Florida, San Francisco California, Kansas, Nashville Tennessee, Yellowstone Montana, Canada, and one of their favorite journeys was the Oregon coast. Mike was known to his friends and family as a real jokester; He loved telling jokes everywhere he went even though they often did not make sense. He liked to go hunting but never came home with a deer because he was afraid of shooting Bambi. Working and spending time with his best friend, Stan Teets, was his favorite past time. Mike spent many years in security and law enforcement; he was Chief of Police in Athena Oregon, Deputy Sheriff in Albany Oregon, Security Officer at OSU, Correctional Sergeant at OSP, and a Lieutenant for Personal Protective Services. He also received special recognition from Camp Taloali for the Deaf for his 25 years of service as a Security Director for the Timberfest. Mike is survived by Char, his Wife of almost 41 years, his children Sharisa Tobiassen of Vancouver WA, Kris Kingsbury of Canby OR, Shellene Foster of Albany OR, Shyla Rabe of Chehalis WA, Sherri Campbell of Halsey OR, Kerry Kingsbury of Shady Grove OR, and Karl Kingsbury of Holly Ranch TX; his twenty grandchildren and several great-grandchildren. He was preceded in death by his parents Mel and June Kingsbury, his granddaughter Ashley Sult, and his most beloved dog Coach. Please join us celebrating his life with Military Honors Tuesday morning, August 2nd, 2022, at 11:30 a.m at Willamette National Cemetery, 11800, SE Mt. Scott BLVD, Portland, OR. Please join the family afterward to share a fond memory of Mike over a meal at 2:00 p.m. at 4341 Vernon Loop NE Salem OR.
See more See Less

In Memory Of Michael Kingsbury