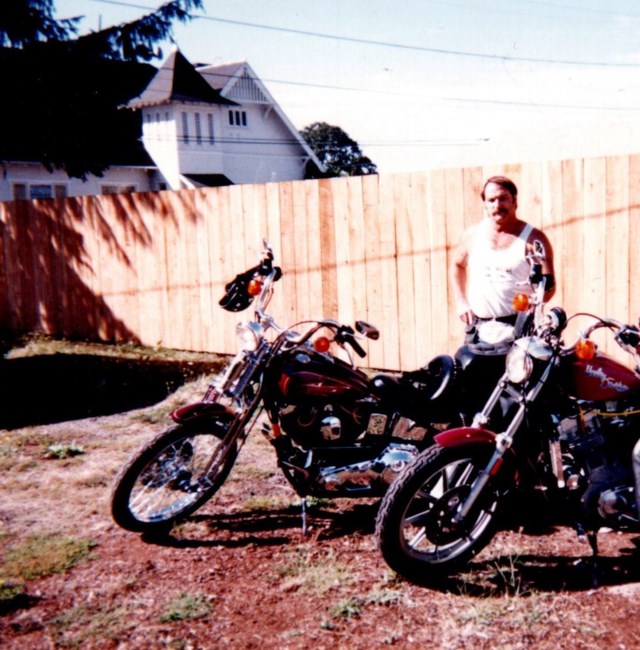 Born on June 30th 1951, passed away on January 17th 2023 of natural causes in Salem, Oregon. Randy is survived by his three children: daughters, Laurie and Lisa Rose (Evan) and son, Randy/Butch (Amanda); his grandchildren: Shelby, Cassidy, Kyle, Brett, Makenzie, Mikael, Alyssa, Devon, and Payton; and his great grandchildren: Raiden, Leo, and Ryleigh. Randall is the son of Harry Frederick Conrad and Bernadine Rose Conrad/Queen. He has three surviving sisters: Teddie, Lynn, and Cindi. Randy was born in Walla Walla, Washington. The family moved to Springfield, Oregon where he grew up. He then joined the US Marine Corps in 1968. He lived his entire life residing in Oregon and Northern California. Randy worked as heavy equipment operator working all phases in the logging industry most of his life. Where ever he was and whatever he was doing he loved having a good time, and was most likely singing along to his favorite music. He was always on the go between Oregon and California, as well as the entire United States. One of the most important stops everywhere along the way was the nearest casino. Above all he loved his family and friends. A graveside service will be held on Monday, January 23, 2023 at 1:00 PM at the Springfield Memorial Gardens at 7304 Main St Springfield Oregon 97478.
See more See Less

In Memory Of Randall Harry Conrad