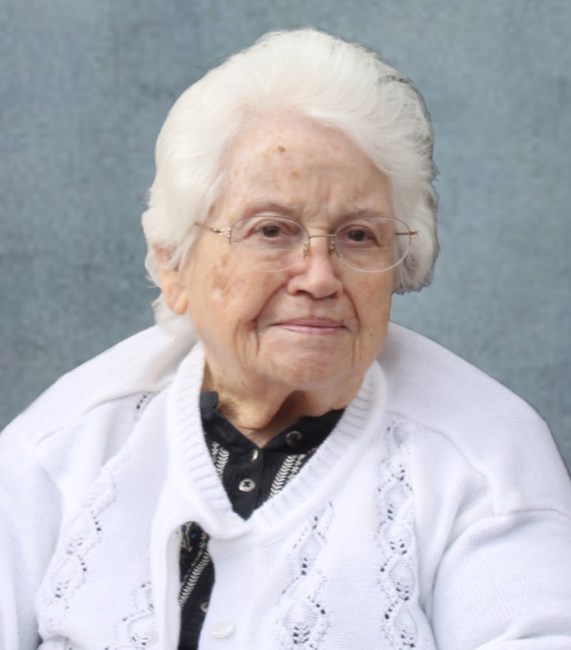 Nancy Carol (Leetham) Jumonville 1933 – 2022 West Valley City, UT - Nancy Jumonville passed away peacefully at her home on January 20, 2022 after 88 wonderful years with family and friends. She was born October 28, 1933 in Mammoth, Utah to Raymond McCoy Leetham and Della Vera Van Nosdol as part of a loving family including 5 other siblings. Her family moved from Mammoth to Eureka when Nancy was in 5th grade. She graduated from Tintic High School in Eureka and later moved to Salt Lake City. Nancy married Harold Joseph (Jim) Jumonville in 1955 and they established a home in Salt Lake City, Millcreek area with their two sons, until Jim’s death. While living there she was an avid quilter with her neighborhood friends. She later moved to West Valley City where she formed many wonderful friendships especially within groups she identified as the “Condo Chicks” and the “Card Ladies”. If you ever admitted to knowing how, or wanting to play Canasta, she was always ready for a game. Her favorite style being Hand and Foot. But you had to play by the “Card Lady” rules. Nancy worked a variety of jobs including telephone switchboard operator, mechanic assistant, ceramic molder, and in various department stores. She worked over 20 years for Granite School District in lunch service and as a custodian. She was most proud that no matter how hard the students would try to get a reaction from her, that she never gave them the satisfaction. Nancy served in various jobs in The Church of Jesus Christ of Latter-day Saints, with stories of her time in Relief Society planning many banquets and as a librarian. She was also an avid supporter of Boy Scouts of America. She helped her two sons and their friends in the scouting program as a Cub Scout Den Mother and lots of reminders as a “You better get that done” mother. This helped eight scouts to earn the rank of Eagle Scout, of which she was very proud. She is survived by her sons, James (Pam) and Joel (Letha), six grandchildren, Sharla, Sara, Levi, Rita, Joseph, Jaxon and four great grandchildren. She is preceded in death by her parents, siblings, and her husband.
See more See Less

In Memory Of Nancy L Jumonville