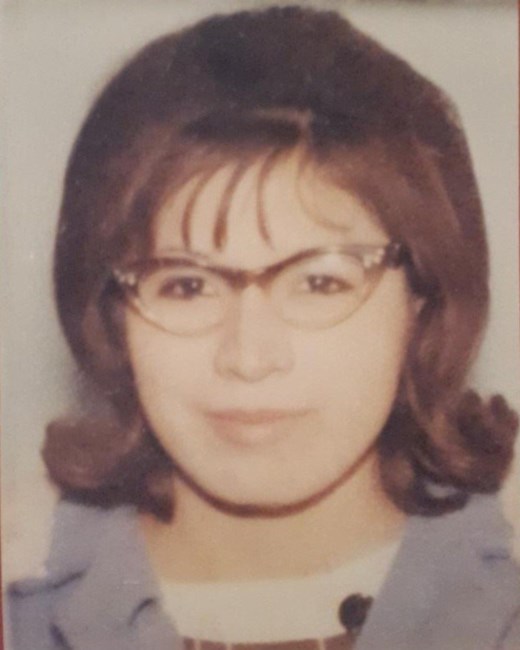 Cleofas Samaniego Albear of Eola, TX passed away on the 18th of January 2023. Cleofas was born on August 15th, 1949 in Eldorado, TX to Manuel and Francisca Samaniego. On February 8th, 1969 she married her first love Reinaldo Torres. They were married for 52 years until his passing on April 29, 2021. During their 52 years together they raised 4 loving children. She was the heartbeat of her family where she insured all her family's needs were met. She instilled good character, kindness, love, good morals, and family values in her children. She later was united in marriage with George Albear on January 9th, 2022. Throughout the years she would work numerous jobs in the fields with her husband and family. Her favorite hobby was tending to her numerous rose bushes. In her spare time she would spend countless hours catching up with family and friends. Her family will always miss gathering around the table for her delicious home cooked meals and time spent together. Cleofas was preceded in death by her parents Manuel and Francisca Samaniego, her late husband Reinaldo Torres, son Reinaldo "Ray" Torres Jr., her sisters Amelia Mireles and Beatriz Lopez. She is survived by her son Robert Torres and wife Sylvia, David Torres and Sheryl Acosta, and daughter Joanna Torres and Sergio Lozano, her sisters Maria Juarez and husband Gilbert, Olivia Gomez and husband Perfecto, and brother Manuel Samaniego. Four grandchildren Robert Torres Jr., Mariska Brianna Torres, Reinaldo Michael Torres and Felicity Grace Torres as well as numerous nieces and nephews. A prayer service for Cleofas will be held Monday, January 23, 2023 at 6:00 PM in Johnson's Funeral Home Chapel. A funeral service will occur Tuesday, January 24, 2023 at 10:00 AM in Johnson's Funeral Home Chapel with burial to follow at Eola Cemetery. Pallbearers will be David Torres, Robert Torres, Robert Torres Jr., Sergio Lozano, Alex Hernandez Jr. and George Albear Jr. Honorary Pallbearers will be Reinaldo Michael Torres, Freddy Lopez Jr., Candido Guerrero, Johnny Samaniego, Pedro Mireles Jr., Richard Sanchez Jr., Albert Rivera, Adam Rivera, Lupe Luna, Fernando Torres Jr. and Johnny Rivera Jr. Cleofas held a special place in her heart for her step-children, Sally Lawyer, Angela Rivera, Valeria Johnston, Sixto Albear, Rose Diaz, Herman Rivera, Jason Torres, and George Albear Jr. The family would like to thank Shannon Medical Center, Shannon ICU Department, and Dr. Obinna Ukabam for the care they provided. Fond memories and expressions of sympathy may be shared at www.johnsons-funeralhome.com for the Albear family.
See more See Less

In Memory Of Cleofas Samaniego Albear