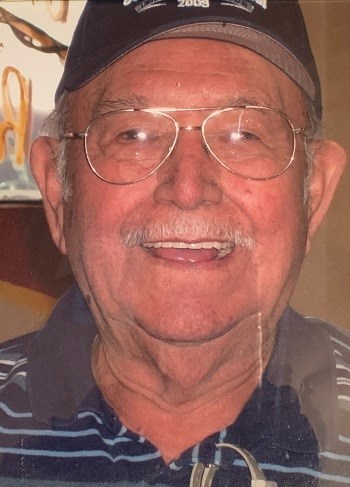 Gregorio Garcia of San Angelo, Texas passed away on January 22, 2022 at the age of 94. He was born on May 6, 1927 in Lockhart, Texas to Susana Montez and Lucio Garcia. After serving in the United States Navy, Gregorio then began his career working for Goodfellow Air Force Base. He married Jesusita DelaRosa on September 27, 1947 and together they had five children. Gregorio was a proud member of St. Mary’s Catholic Church and had a passion for playing the guitar, music, being a mariachi, and singing in the church choir. Above all, Gregorio will always be remembered for his profound faith and love for the Lord. Gregorio is preceded in death by both parents, five sisters, four brothers, his wife, Jesusita Garcia, and one son, Raymond Garcia. He is survived by four children: Daniel Garcia, Herlinda Ramirez of Dallas, TX, Josie Martinez, and Cissy Valdez; nine grandchildren and fourteen great-grandchildren. A Rosary will be held at Johnson’s Funeral Home on January 26, 2022 at 7:00 P.M. A Mass of Christian Burial will be held at St. Mary’s Catholic Church on January 27, 2022 at 10 A.M. The family wishes to thank Ricky and Monica Sanchez for their love and support.
See more See Less

In Memory Of Gregorio Montez Garcia