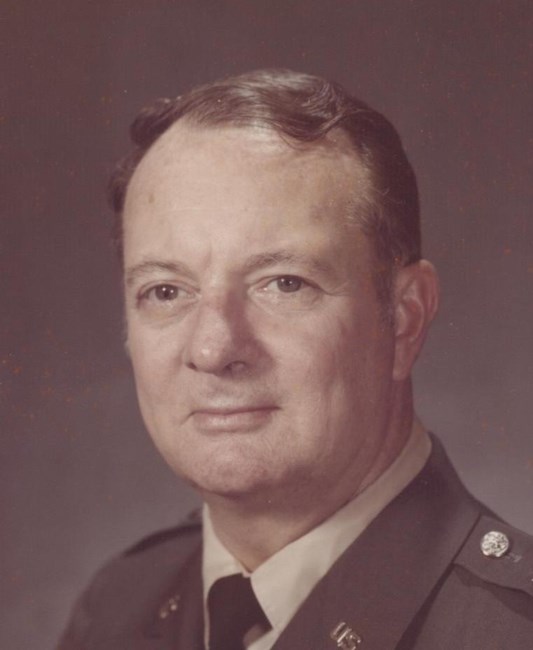 Brigadier General James J. Young (Ret), Dean Emeritus U of Texas Medical School at San Antonio, born November 28, 1926 passed away on August 31, 2011 at age 84. Son of M/Sgt. John C. and Violet Ohl Young, he was born at Fort Ringgold, Texas in the lower Rio Grande Valley. He was a proud Texan who often fondly recalled growing up on a cavalry post. Throughout his career he maintained close ties to friends, family, military and civilian colleagues in Texas. As Dean of the Medical School he was especially proud of his role in the extension of UTMSSA facility, research and educational efforts in South Texas including the creation of The Lower Rio Grande Valley Regional Academic Health Center (RHAC). He attended Texas College of Mines and Metallurgy in El Paso prior to entering the Army. Over the initial fifteen years of his Army career he earned his BA degree in 1960 from the U of Maryland by attending night and correspondence courses while on active duty. Subsequently he earned a Master's of Hospital Administration Degree from Baylor U (1962) and PhD. In Health Care and Hospital Administration U of Iowa (1969). During his nearly 36 year military career he advanced from Private to Brigadier General retiring as Chief of The Army Medical Service Corps. He had numerous US assignments as well as overseas service in Germany, Taiwan, Korea and Vietnam. He served as an officer in the field medical units in the European Command. He served as the director of health care organization and management analysis at the Office of the Surgeon General from 1969-1971. He served in the Office of the Surgeon, Military Assistance Command Vietnam from 1971-1972. He served as Chief of the Army Medical Service Corps from 1978-1981. Following retirement from the Army he was Vice Chancellor for Health Affairs, University West Virginia (1982-1987). He became Dean of University of Texas Health Science Center at San Antonio School of Allied Health Sciences (1987-1988). He then served as Dean of The University of Texas Medical School at San Antonio, (1988-2000). He was the recipient of The Distinguished Service Medal, Legion of Merit Medal, Meritorious Service Medal, Vietnamese Air Service Medal, and numerous other awards. He was proud to have authored the Allied Health Manpower Act signed into law by President Lyndon B. Johnson in 1969. Following retirement as Dean he and wife June, traveled including many overseas trips with Dr. Brad Aust and wife Connie. He was also an avid hunter enjoying numerous trips with Brad and other faculty members. He is survived by his loving wife of 62 years former army nurse lieutenant June A. Hillstead, whom he met at Brooke Army Hospital. Other survivors include brothers Thomas, John, and Richard; sons, Dr. Robert M. Young (Cathy), Steven A. Young (Barbara),and Patrick J. Young; daughter Dr. Mary F. Sippell (John); grandchildren, Dr. Rebecca Young, Kristen Bellows(Justin), Nicole Semore (Steve), Margeaux Sippell; great grandchildren, Ethan Evans and Kendra Semore. Visitation will be held on Thursday, September 8, 2011 from 5:00-7:00pm at Sunset Funeral Home, 1701 Austin Highway, San Antonio, Tx 78218. Mass of Christian burial will be celebrated on Friday, September 9, 2011 at 10:30am and will take place at The Holy Spirit Catholic Church, 8134 Blanco Road. Interment will take place at Fort Sam Houston National Cemetery at 1:30pm. In lieu of flowers, donations are welcomed to the James J. Young Phd. Endowed Chair for Excellence in Medical Education (phone contact 567-0242; or Cancer Therapy Research Center (phone contact 450-5552 or www.CTRC.net).
See more See Less