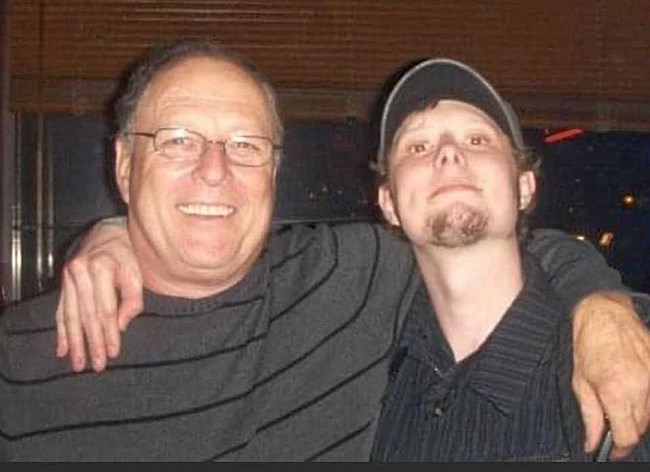 Clark Boeken, the best man we know, died Tuesday, October 19th. Clark was born in 1946, in Denver, Colorado and grew up in a little town of 500 people in Holyrood, Kansas with his brothers, Dallas and Rocky, and sister, Jeannie. He went to college in Texas and finally moved here in the 80’s. From his home in Texas, Clark went all over the world. He was a teacher, an athlete, a father, a bar owner, a sports fanatic, a boat builder, a beach lover, a huge Spurs fan, a mentor, and a friend to so many. Clark opened his first bar in Kansas, Elanor Rigby’s, in the early 70’s. After his grandfather passed, he came to Texas to work the family business. He soon realized he missed the bar business and opened Coco Beach on St. Mary’s Street in the late 80’s. The rest is history. Clark opened 17 bars in two countries over his lifetime. He was a master at it and made an indelible impact on the bar industry. His second career (not job; he had too many of those to name), was as a boat builder in South Africa. He loved boats, the water, the beach, and building anything and everything- it was a passion. His third career was as a rental property owner, mostly because he loved building and fixing things. Clark would hate this description, but he was the definitive renaissance man. He really could do anything. In between yachting and bars and building things, Clark loved, and lost, a son- Clark Allen. Losing Little Clark was devastating to Clark and Sheila, but Clark taught all of us the things he could no longer teach his son. Clark was a friend and mentor to more people than we have been able to keep up with. There was no concern too small to catch his interest, nothing he wouldn’t help with from a broken sink to a broken heart. People asked him about finances, how to open a business, run a bar, whether they should put their parents into a home, buy a car, go to the doctor. There was no request for help or advice that he wouldn’t try to do something practical about- even if that was just telling you what to do. He was the most generous man with knowledge and experience imaginable. He didn’t believe in keeping knowledge to himself. And Clark was a competitor. He was an athlete to the end. He could best players decades younger than he was. He died playing tennis, the sport he loved best. Clark wasn’t a perfect man, though he might think so. He could be arrogant about his abilities, short when he was on a project or in a hurry. He had little patience for emotional drama or martyr-type behavior; he flat-out couldn’t understand people who didn’t pick themselves up and keep going. He thought work was a hobby. But he was also generous, kind, so forgiving. Funny! He always made time for advice or help, whether he knew you or not. He loved playing pranks on people. He was so knowledgeable about basketball that he could have made a living in the Spurs front office. He was loyal. He was brave. If you take something from his life, take this: Clark didn’t care what people thought- if you saw how he dressed and what he drove, you know this to be true. Overall, he was very successful, but he failed too. When he did, he would just go back to work. He believed anyone could be successful if they were willing to work hard, and foster relationships with everyone, no matter who they were or what they did. He did both to the end. Rest in peace, Clark. Don’t worry; we’re all still working hard over here. Services for Clark are Wednesday, from 2-5 at Sunset North for the viewing, Thursday at St. Mark’s at 12:30 for Mass, graveside to follow.
See more See Less

In Memory Of Clark E. Boeken