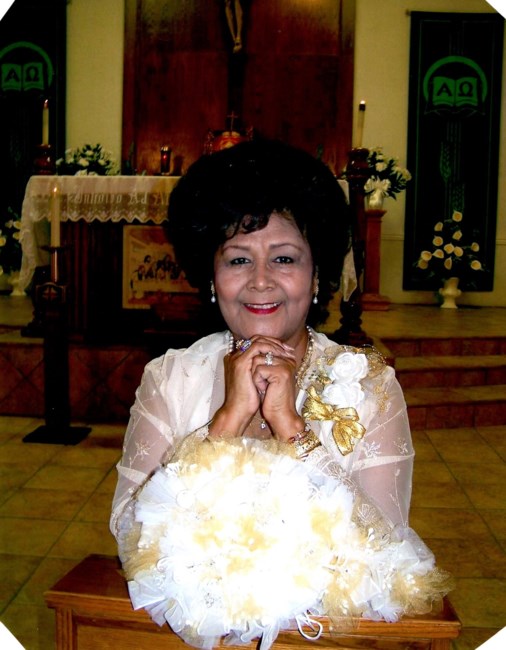 Elvira was born June 25, 1937 in San Antonio, Texas. She had a long successful career in Civil Service from 1976-1995. While working at Randolph Brooks Army Base Education Center and Dental Clinic she received the Civilian of the Year Award in 1990 and 1992. She received the Civilian of the Quarter award in 1990 and twice in 1992. In May of 1974 she served at Fort Rucker, Alabama in the Civilian Army Community Service. From July 1 to December 31, 1993 she held the title of Information Manager of the Semiannual Awards Program Category G, and held rank as a GS4. She was a Gold member of the Veterans of Foreign Wars in 2016. Elvira was a faithful parishioner of St Monica’s Catholic Church for 37 years where she participated in St. Monica’s Young at Heart group, assisted with the thrift store and attended to the altar.

Elvira was a big sports fan of basketball, softball, volleyball, bowling and aerobics. She was a die-hard Cowboys fan. She enjoyed dancing, especially during Fiesta week and going to Tejano dances at the San Antonio City Parks.

Visitation will be held on Tuesday, December 14th from 6-8 pm with a Rosary to be recited at 7:00 pm at the Sunset Funeral Home Chapel. The Funeral Mass will be held on Wednesday, December 15th at 9:15 am at St. Monica's Catholic Church; 501 North St.; Converse, Texas 78109. Burial will follow at Fort Sam Houston National Cemetery at 10:45 am.

In Memory Of Elvira D. Gomez