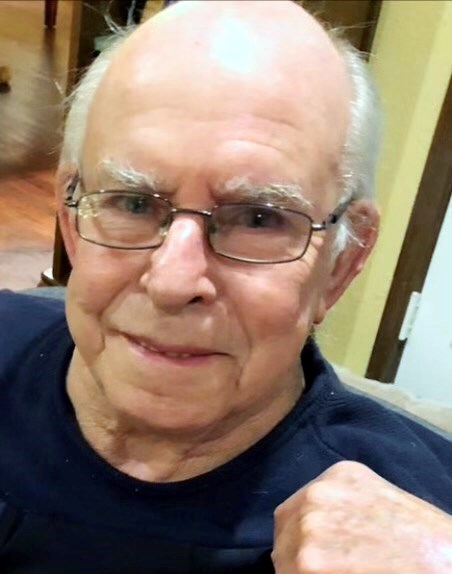 Gerald Ray (Shad) Haddox passed away on Friday, January 13, 2023, of a lengthy illness. He was born on October 5, 1943, in Baton Rouge, Louisiana. He grew up with the nickname of Shad but to most people today he is “Gerry”. He will be remembered for his quick wit and contagious laughter. He loved a good joke and sharing stories about his rambunctiousness throughout his life. He was a sensitive man with a deep love and affection for his family and friends. He was devoted to his wife and family and never missed a Westlake High School football game for either of his grandsons. He was also an avid UT Longhorn fan. He loved a good meal and relished Sherry’s meatballs and spaghetti. Not to mention his love for Cajun food. He joined the Army in 1962 and was in the elite Special Forces and wore his Green Beret proudly. He was a medic and getting his MFSS training at Fort Sam Houston in San Antonio when he met Sherry Pacelli and they married on November 14, 1964. Following his military commitment, the family moved to Baton Rouge. He joined Lamar Outdoor Advertising there and ultimately spent his entire career in that arena. Further job opportunities beckoned in Houston and then back to San Antonio, Sherry’s home. In 1999 he and Sherry followed their two children to Austin where they settled. He is predeceased by his father and mother, Ellis Ray and Geraldine Ferrell Haddox. His survivors are his wife of 58 years, Sherry; son, Shad Michael and wife Brooke; daughter Shannon Livengood and husband Greg; grandchildren, Kendall Brooke and Zachary Hughes Haddox; Christian Austin (Cal), twins Angelina Faith (Angel) and Isabella Grace (Bella), Christina Hope (Tina) Livengood; Sophia and Asher Dahlberg. Two sisters, Robbie O’Neill and Lutie Kirkland and niece Alle Bambury of Sante Fe, New Mexico A funeral service for Gerald will be held Saturday, January 21, 2023 from 12:00 PM to 1:00 PM at Sunset Funeral Home, 1701 Austin Highway, San Antonio, TX 78218. Following the funeral service will be a committal service from 1:00 PM to 1:30 PM at Sunset Memorial Park, 1701 Austin Highway, San Antonio, TX 78218. Fond memories and expressions of sympathy may be shared at www.sunsetfuneralhomesa.com for the Haddox family.
See more See Less

In Memory Of Gerald "Gerry" Haddox